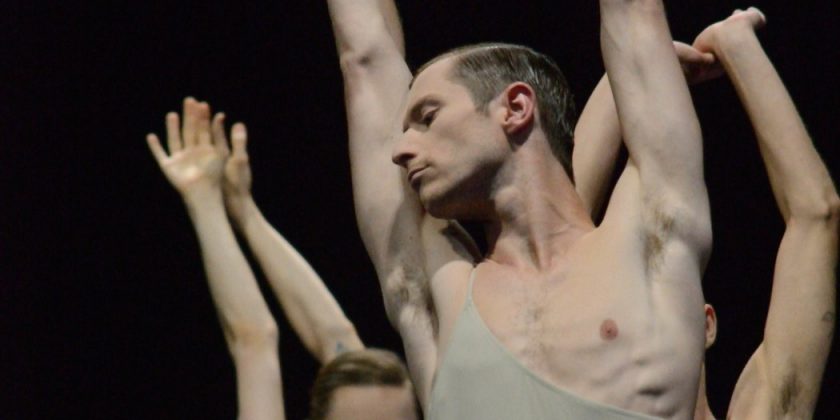 Our guide to dance performances happening this weekend and in the week ahead.

COMPAÑÍA IRENE RODRÍGUEZ at the Joyce Theater (Jan. 18, 8 p.m.; Jan. 19, 2 and 8 p.m.; Jan. 20, 2 and 7:30 p.m.). As a child growing up in Havana, Rodríguez would slip out of ballet class to secretly study Spanish dance instead. She rose through the ranks of the Spanish Ballet of Cuba before forming her own company in 2012 to express her brand of contemporary flamenco theater. Rodríguez isn’t a purist — she draws from many forms, including fandango, bolero and Afro-Cuban and contemporary dance — as evidenced by the title of her Joyce program, “Mas Que Flamenco” (“More Than Flamenco”). She will be joined onstage by an ensemble of dancers, singers and musicians, but her captivating intensity will likely be front and center.
212-242-0800, joyce.org

MERCE CUNNINGHAM at Anthology Film Archives (Jan. 21, 7:30 p.m.). As part of this year’s extensive celebrations of the centennial of Cunningham’s birth, the Anthology presents a weekly screening of his works through Feb. 18. Cunningham, who died in 2009, used technology inventively throughout his career; for the works in this series, the camera is not an impartial observer but an active participant. On Monday, the featured films will be “Fractions I” from 1978, in which four video monitors join dancers onstage, and “Channels/Inserts” from 1982, which employs creative editing and animation techniques. Both were collaborations with the video artist Charles Atlas, who will present the program.
212-505-5181, anthologyfilmarchives.org

L-E-V at the Joyce Theater (Jan. 23, 7:30 p.m.; Jan. 24-26, 8 p.m.; through Jan. 27). Two years ago, L-E-V made its Joyce debut with a mesmerizing work, “OCD Love,” that called to mind a groovy, erotic, futuristic rave, which is how many of their works come across. Founded in 2013 by Sharon Eyal, a former star of Israel’s Batsheva Dance Company, and Gai Behar, a former producer of underground music events, the troupe returns to New York in the coming week with “Love Chapter 2,” which explores isolation and loneliness. Once again, the D.J. Ori Lichtik provides a score that shifts from manic to melancholy while L-E-V’s seductive performers dance out their demons.
212-242-0800, joyce.org

STEFANIE NELSON DANCEGROUP at Aaron Davis Hall at City College Center for the Arts (Jan. 23, 11 a.m. and 6:30 p.m.). The Moving Memory Project explores memory loss through dementia and Alzheimer’s and the impact of those conditions on people and their relationships. To help launch it, Nelson presents “A, My Name Is …,” which draws from her own experience with a family member with dementia. In the work, three performers embody one woman at different stages of her life. The dance performance is paired with short films from the Living With Alzheimer’s Film Project, curated by the author David Shenk, who has written about the disease.
212-650-6900, adhatccny.org

NEW YORK CITY BALLET at the David H. Koch Theater (Jan. 22-March 3). City Ballet’s winter season begins on Tuesday with a week of works by George Balanchine, the company’s co-founder and lodestar. Two alternating programs highlight his inspired interpretations of the work of two disparate composers: Stravinsky and Tchaikovsky. The Stravinsky trio, performed on Tuesday, Thursday and the evening of Jan. 26, features “Apollo,” “Orpheus” and “Agon,” and captures Balanchine’s modern sensibility. Meanwhile, the Tchaikovsky set, comprising “Serenade,” “Mozartiana” and “Tschaikovsky Piano Concerto No. 2” on Wednesday, Jan. 25 and the afternoons of Jan. 26 and 27, shows off his classical elegance.
212-496-0600, nycballet.com

JEN ROSENBLIT at the Chocolate Factory (Jan. 23-26, 8 p.m.; through Jan. 27). In a previous work by Rosenblit, a giant swath of fuchsia felt exuded enough personality that the New York Times critic Gia Kourlas referred to it as a character in itself. In her new solo, “I’m Gonna Need Another One,” Rosenblit again allows colorful inanimate objects to take center stage. Here, green blocks of foam crumble as the work progresses, illustrating Rosenblit’s theme of the insubstantial self. She also gets at that dilemma through playful theatricality by adopting alternative personas — among them, the Greek god Chiron, a wheat farmer and Dorothy from “The Wizard of Oz.”
718-482-7069, chocolatefactorytheater.org

WORKS & PROCESS at the Solomon R. Guggenheim Museum (Jan. 18-20, 7:30 p.m.). The Guggenheim’s performance series is serving a tasty dance sandwich this weekend. On Friday and Sunday, Brandon Stirling Baker, the lighting designer for Boston Ballet, will discuss his craft in a program called “Choreography of Light.” His work will be on display in excerpts from new ballets by Justin Peck and Alvin Ailey’s Jamar Roberts. In between on Saturday, the Houston Ballet artistic director Stanton Welch introduces excerpts from his new production of “Sylvia,” a 19th-century ballet about the mythological huntress with a beloved score by Léo Delibes.
212-423-3575, worksandprocess.org

For an overview of January and February’s cultural events, click here.