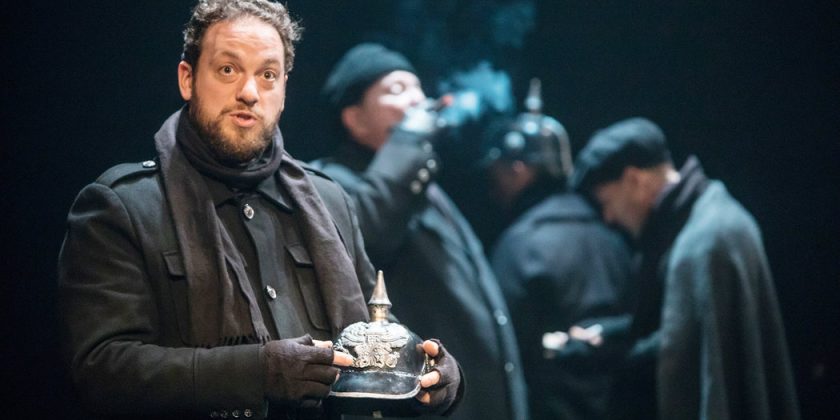 Our guide to plays and musicals coming to New York stages and a few last-chance picks of shows that are about to close. Our reviews of open shows are at nytimes.com/reviews/theater.

‘ALL IS CALM: THE CHRISTMAS TRUCE OF 1914’ at the Sheen Center (closes on Dec. 30). Do you hear what I hear? Theater Latté Da’s documentary musical, about the Christmas carols that emanated from World War I trenches, is finishing its song. The depiction of the war itself is somewhat sanitized, but the 10 men are in excellent voice, and when they come together, the sensation is tremendous and the musical chill effect engulfing.
866-811-4111, sheencenter.org

‘GIRL FROM THE NORTH COUNTRY’ at the Public Theater (closes on Dec. 23). Don’t think twice. This musical by Conor McPherson, which uses the songs of Bob Dylan, will play its final harmonica solo. The setting, Depression-era Minnesota, is grim and so is most of the story, but when these characters sing, Ben Brantley wrote, “they seem to conjure light and warmth out of the cold, cold night that surrounds them.”
212-967-7555, publictheater.org

‘MOTHER OF THE MAID’ at the Public Theater (closes on Dec. 23). Though a mother’s work is never done, Jane Anderson’s “robustly sentimental” play about the woman who raised Joan of Arc will soon be. Ben Brantley described Glenn Close’s starring performance as “a triumphant blend of sharp sense and passionate sensibility, of an old pro’s expertise and a newcomer’s enthusiasm.”
212-967-7555, publictheater.org

‘USUAL GIRLS’ at the Black Box Theater and the Harold and Miriam Steinberg Center for Theater (closes on Dec. 23). Ming Peiffer’s play about the treacherous road to womanhood has reached its end. Directed by Tyne Rafaeli, it stars Midori Francis as a Korean-American girl coming of age in a booby-trapped world. Laura Collins-Hughes wrote that this funny, gloomy drama “connects the dots between pleasure, pain and shame.”
212-719-1300, roundabouttheatre.org