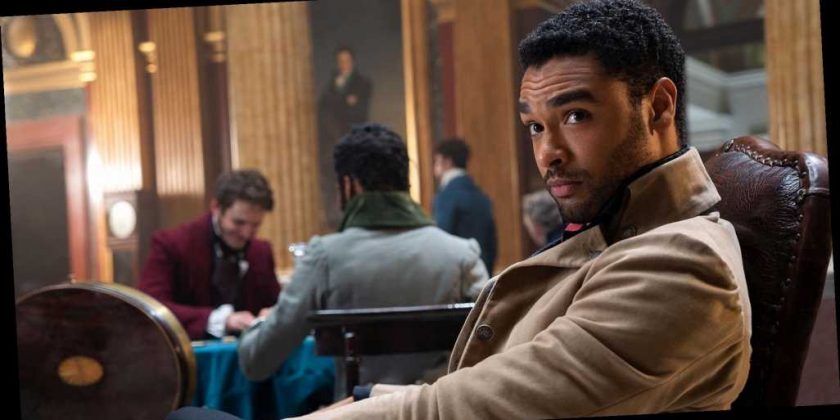 On the popular Netflix show, the British-Zimbabwean actor plays Simon Bassett, Duke of Hastings. His character has expressed his disinterest in marriage, but he joins in on Daphne Bridgerton’s (Phoebe Dynevor) scheme to help her find a potential suitor after struggling to do so following her introduction to London society.

“Bridgerton is something a bit like if Jane Austen met Gossip Girl and maybe, like, 45 Shades of Grey,” he explained to Variety on December 30. “We have a lot of fun in period costumes and it is set in the Regency period in 1813. It is a romance and a fantasy and it’s a big warm Regency hug.”

The period drama, which debuted on the streamer on Christmas Day, is based on American author Julia Quinn’s best-selling book series of the same name. Set in 19th century London, the series follows the Bridgerton family siblings as they attempt to find love after being making their high society debut.

Bridgerton is the first project to be released under Shonda Rhimes’ $150 million deal with Netflix, which she inked in 2017 after leaving ABC. Page, in fact, previously starred on Rhimes’ For the People.

Following his recent success from Bridgerton, Page shared his aspirations moving forward. “I think the goals are always the same, career and otherwise. I try to keep it simple and center everything on empathy and compassion because that’s why I got into acting,” he told Who What Wear on December 29. “That’s why I got into storytelling, in general. That’s why I’m interested in culture. The most rewarding part of this job is anytime someone says that something we did made them feel less alone or made them understand the world or understand themselves in a way they didn’t before because they could relate.”

The actor continued, “So the goal is very simply that: to continue doing that better and wider for more types of people, to tell stories that challenge what you think you already know about the world, and reinforce the things we look to about the world in terms of how we like each other, how we love each other, and how we can express ourselves despite the restrictions society may put on us. It’s very wide, but also it’s deliberately wide because why wouldn’t you want to be ambitious enough to do it all?”

Scroll down to learn more about the Bridgerton breakout!