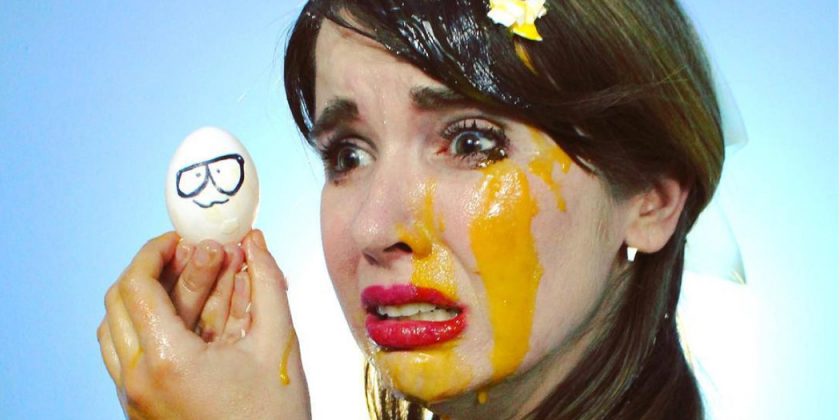 Our guide to stand-up, improv and variety shows happening this weekend and in the week ahead.

MICHELLE COLLINS: ‘STRONG MONSTER’ at Joe’s Pub (June 1, midnight). This SiriusXM morning show host and former cast member of “The View” shows off her comedic and musical sides in this performance, accompanied by the pianist Kenny Mellman. If you’ve seen Collins in any of her after-show gigs, which have included hosting ABC’s “Bachelor in Paradise: After Paradise,” TLC’s “90 Day Live” and Lifetime’s “Little Talk Live,” then you already know how quick and off-the-cuff her comedy is.
212-967-7555, joespub.com

‘HOW I LEARNED TO LIVE IN NEW YORK’ at Caveat (June 6, 9 p.m.). The “How I Learned” storytelling showcase has taken place in New York City since 2009, and for this edition, it turns its theme inward, as Blaise Allysen Kearsley asks her guests to tell stories that reflect on adapting to the biggest city in America. Hear and learn from the comedians Rosebud Baker and Nore Davis, NPR’s “Ask Me Another” host Ophira Eisenberg, the writer Mike Albo, and Dodai Stewart, a deputy editor for the Metro desk at The New York Times.
212-228-2100, caveat.nyc

KEVIN JAMES at St. George Theater (May 31, 8 p.m.). How will the “King of Queens” be received on Staten Island? We expect cross-borough loyalty. James returned to CBS in 2016 for a two-season run of “Kevin Can Wait” but couldn’t wait for that sitcom’s finale in 2018 before he dropped his most recent stand-up special on Netflix, “Never Don’t Give Up.” And he’s following his own advice on that front.
718-442-2900, stgeorgetheatre.com

NATALIE PALAMIDES at the Bell House (June 4-6, 7:30 p.m.; through June 14). New Yorkers might know Palamides as the voice of Buttercup on the Cartoon Network’s “Powerpuff Girls,” but they have never had the chance to see her comedic chops in person before now. Under the direction of Dr. Brown, Palamides won the best newcomer prize at the Edinburgh Festival Fringe for her 2017 show, “LAID,” a surreal, silly piece about ova and the dilemmas of motherhood. She followed that up last year with “NATE,” which allowed her to inhabit and explore toxic masculinity. Find out why Time Out Los Angeles named her a comedian to watch in 2019 as she stages each of these works over the next two weeks in their New York City debuts, with “LAID” showing at the Bell House from Tuesday to Thursday and “NATE” on June 11, 12 and 14.
718-643-6510, thebellhouseny.com

WELLRED COMEDY TOUR at Carolines on Broadway (May 30, 7:30 p.m.; May 31-June 1, 7:30 and 10 p.m.). Trae Crowder was living in rural Tennessee when he went viral in 2016 with his YouTube videos as the “Liberal Redneck.” Crowder has since gone Hollywood, making multiple TV appearances and scoring a development deal with his buddies Drew Morgan and Corey Ryan Forrester to turn their WellRED brand into a sitcom. They’ve already written a book together, “Liberal Redneck Manifesto: Draggin Dixie Outta the Dark,” produced sketch videos for Comedy Central and recently released an album, “WellRED Live From Lexington.” This is neither their first rodeo nor their first stand-up tour.
212-757-4100, carolines.com