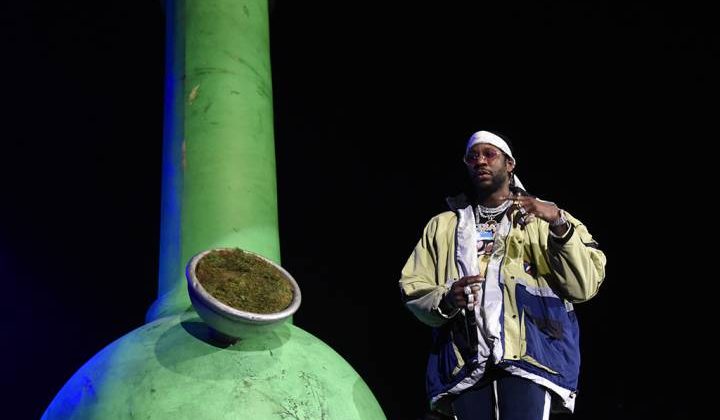 The Green Street Agency has partnered with Tauheed Epps — best known as the rapper 2 Chainz — to create his own marijuana business, GAS Cannabis Co.

The creative agency has already partnered with a variety of other musicians including Snoop Dogg, Cypress Hill, Waka Flocka Flame and Rae Sremmurd to launch perfectly legal weed brands.

The L.A.-based distributor has just launched a shop out of Van Nuys and offers three different strains of marijuana both in-store and online.

Recreational marijuana was legalized in California back in November of 2016. It was the first of nine states. It has also been legal for medicinal use since 1996.

According to Chainz, GAS stands for “Good a** s**t.” He took to his personal Instagram page to excitedly share the news of one of his lifelong dreams. He broke down each of the strains and showcased the products for fans and cannabis-users alike.

In his first video, he revealed, “Since I was a teenager, I’ve been hand-to-hand with some of this stuff (marijuana). But today, it’s official. I have my own cannabis line, finally. No middle-man, but legal cannabis. It’s called GAS. You’ll hear more about it. It’s a good day.”

The 41-year-old described his brand new business venture as “the beginning of forever,” stating to his followers, “you’ll know it once you experience it.”

The strains go under the name Octane. 87 is the weakest strain, followed by 89 and then 93. The higher numbers correlate with a more potent and expensive product. “93 Octane got me gassed up,” says Chainz. He described 89 as “a premium product, at an affordable price,” and 87 as the best affordable weed.

As of this writing, GAS offers pre-rolled joints, 3.5 oz flower packages of cannabis and what Chainz calls “GAS cannisters,” which open up with large draws that contain both former products along with additional branded merchandise, like pins and dog-tags.

the beginning of forever

Updates and product displays are available through GAS’ private Instagram page; which is only accessible to those over the age of 21, as ruled by law.

GAS Cannabis Co. expect more products to become available soon. As of this writing, GAS is unavailable outside of California.

A note to the Canadian 2 Chainz fans and cannabis users: the only way you can get legal marijuana is through government regulated dispensaries or websites.