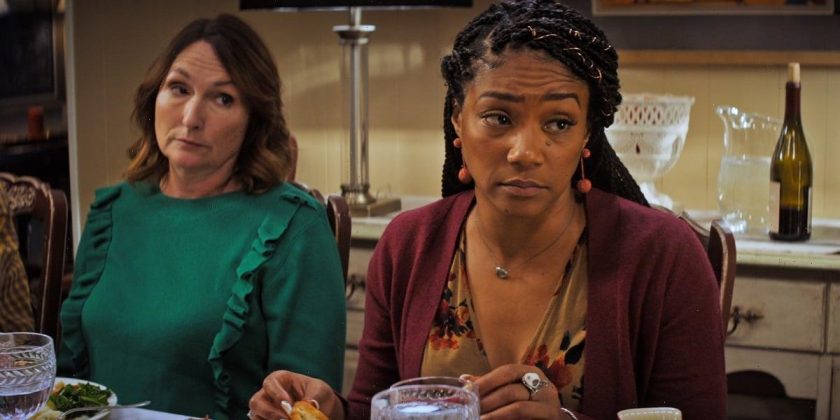 Thanksgiving horror movies may be few and far between, but the ones that are out there are truly something. It makes sense that Thanksgiving would be an oft-forgotten holiday in the horror world — it’s a strictly American holiday that’s supposed to be about giving thanks, which doesn’t exactly lend itself to ghosts and gore. That hasn’t stopped some filmmakers from using this food-filled holiday as the centerpiece for their thrillers, though.

The Thanksgiving horror films here mostly just use the November holiday as the backdrop for the story rather than as a central piece of the film, but a few of them take the holiday head on. Take Black Friday, for example, a zombie film coming out this month. The whole premise is about the biggest shopping day of the year — the day after Thanksgiving. It’s already a scary day for store employees dealing with tons of avid shoppers, which makes it the perfect storyline for a horror movie.

Most of these films are lesser-known indie movies or ones that are a few decades old, giving them even creepier vibes thanks to their low budgets and vintage filming techniques. Nothing says scary quite like a lack of CGI and prop blood. Some of them can be found in full on YouTube, but others can be viewed on a variety of streaming services. While these Thanksgiving horror movies may not be optimal viewing with the family on Turkey Day, they could perhaps be a bit of fun on a cozy night in during Thanksgiving week to cut through any meal-prep stress. We know how much work goes into putting together a Thanksgiving meal to feed the family, and a movie might be just what you need as a distraction before the big day. Tuck in, because these are the 15 Thanksgiving horror movies you need to watch right now.