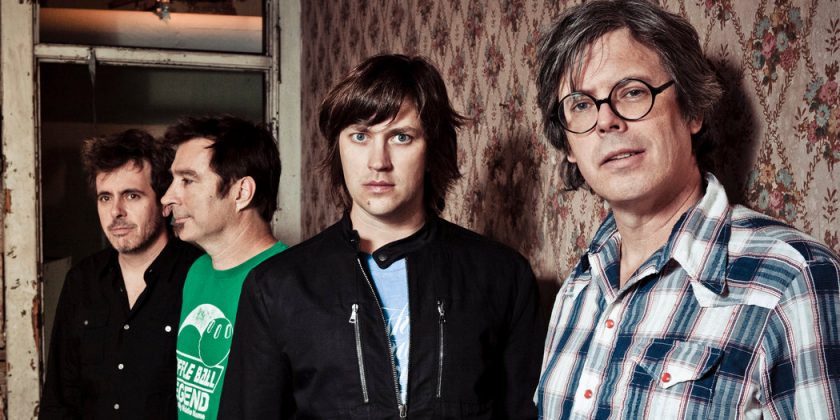 Our guide to pop and rock shows and the best of live jazz happening this weekend and in the week ahead.

AMBIENT CHURCH at St. Ann & the Holy Trinity Episcopal Church (Dec. 15, 7:45 p.m.). This traveling series takes its name from both the spaces where it hosts its concerts — churches — and what it presents: “modern contemplative and devotional music,” according to its Facebook-stated mission. This edition will take place at a 171-year-old church in Brooklyn Heights and will celebrate the 25th anniversary of the electronic music label Kranky (which has released albums by Low and Grouper, among others). The Brooklyn-based trio Forma headline the event, which also features a video and light show specifically designed for the church.
ambient.church

BOLD FORBES at Rockwood Music Hall Stage 3 (Dec. 15, 10:30 p.m.). As an acoustic trio making folk music, this band isn’t reinventing the wheel, but original arrangements, deft songwriting and fluid playing make their rendition of a classic aesthetic engaging and fun. Together, the guitarist and lead singer Nick Bloom, the violinist Reid Jenkins (also of the Taylor Swift-endorsed folk band Morningsiders) and the bassist David Halpern perform bouncy and earnest songs that take palate-cleansing detours into both lyrical abstraction and dissonant instrumental noise, making for a result that resists clichés as much as it embraces tradition.
212-477-4155, rockwoodmusichall.com

BILLY JOEL at Madison Square Garden (Dec. 19, 8 p.m.). For the 105th time, Joel will take the stage at the Garden as a part of his ever-expanding residency at the arena (dates have been announced through April). The Long Island native is a New York institution — he was even declared the Garden’s first music franchise in 2013 — and these shows will eventually become the stuff of Gotham legend, so when the tickets aren’t sold out (as is the case this time), it’s best to take advantage.
212-465-6741, msg.com

CAT POWER at Brooklyn Steel (Dec. 18, 8:30 p.m.). This singer-songwriter, born Chan Marshall, recently released “Wanderer,” her 10th studio album and her first in six years. It’s stripped-down and reflective, and was produced entirely by Marshall herself. It’s also her first album since becoming a mother — the cover, fittingly, features Marshall, her son and her guitar. “There are two things I know for certain and that is my words — my songs — and my son,” she told Stereogum of the album art. “I am a reflection of those two things.”
888-929-7849, bowerypresents.com/brooklyn-steel

OLD 97’S at Irving Plaza (Dec. 14, 7 p.m.). The members of this alt-country quartet are staging a holiday-themed tour to celebrate their first Christmas album, “Love the Holidays.” Most of the songs have the same winking, self-deprecating tone as much of their jaunty, rock-tinged catalog: “Rudolph Was Blue” is a lonely postscript on the classic holiday favorite, for example, and “Here It Is Christmastime” is a tribute to having someone to enjoy the holidays with, and also to help “do the dishes.” The band’s lead singer, Rhett Miller, will open the show with a solo set.
212-777-6817, irvingplaza.com

VIBRAS NYC at Baby’s All Right (Dec. 16, midnight). This semiregular party is the brainchild of its host and resident D.J. Bembona, who specializes in music of the Latinx diaspora. For this Brooklyn native of Puerto Rican and Panamanian descent, the diaspora includes everything from salsa and bachata to the music of the indigenous peoples of South and Central America to the newest strains of reggaeton and Latin trap. The event’s featured performers, the reggaeton and hip-hop duo Los Rakas, have collaborated with Blondie and Major Lazer, and earned a Grammy nomination in 2016 for their self-titled album, which is still a rarity for artists making urban Latin music.
718-599-5800, babysallright.com
NATALIE WEINER 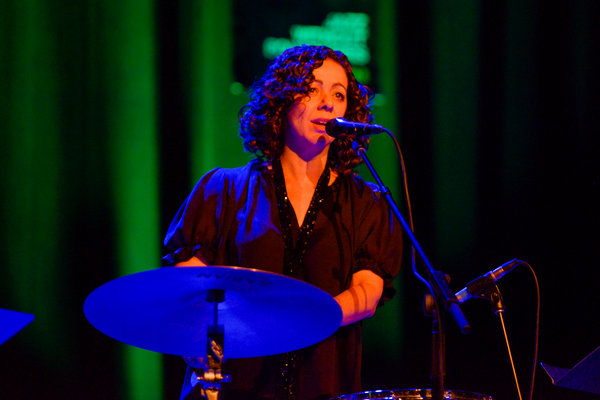 CHARLES LLOYD & THE MARVELS at the Rose Theater (Dec. 14-15, 8 p.m.). Lloyd, a tenor saxophone luminary and National Endowment for the Arts Jazz Master, maintains Zen-like control, whether searing through a climactic solo or playing a smoothly searching melody at medium tempo. It’s a skill he’s had since the mid-1960s, when he was briefly hailed as jazz’s next great crossover star (he eschewed the spotlight soon after). In the last few years, he has released a series of winning albums on Blue Note, including this year’s “Vanished Gardens,” featuring his country-tinged band the Marvels, joined by the vocalist Lucinda Williams. They will play repertoire from that album at this two-night run at Jazz at Lincoln Center.
212-721-6500, jazz.org

JONATHAN MICHEL at Ginny’s Supper Club (Dec. 14, 7 and 9 p.m.). Michel is a Haitian-American bassist who’s now based in New York (after a formative stint on Philadelphia’s jazz scene in the 2000s). This month he released his debut album, “MDR,” on Imani Records, the label run by Orrin and Dawn Evans; it’s a peppery and distinctive record, blending influences from Haitian dance music, modern jazz and hip-hop. He will play music from the record as well as some holiday fare at this show, joined by Brandon Bain on vocals, Tivon Pennicot on tenor saxophone, Corey Wallace on trombone, Julius Rodriguez on keyboards, Anwar Marshall on drums and Kofi Hunter on percussion.
212-421-3821, ginnyssupperclub.com

ANDY MILNE & DAPP THEORY PLUS at the Jazz Gallery (Dec. 19-20, 7:30 and 9:30 p.m.). To create a rigorous, engaging suite of music singing the praises of homeopathic healing and improvisation, you need chutzpah and imagination in equal doses. A resourceful pianist with a crisp touch and a constantly shifting harmonic approach, Milne possesses plenty of both. Here he will celebrate the release of “Seasons of Being” — the latest album from his band, Dapp Theory — an ambitious and rewarding disc that was long in the making. The group will appear in an augmented, eight-piece iteration, with two vocalists adding poetry and narration.
646-494-3625, jazzgallery.nyc

JANE MONHEIT at the Iridium (through Dec. 16, 8:30 and 10:30 p.m.). With a flamboyantly flexible voice and a stagy demeanor, Monheit is one of jazz’s most popular crooners. This weekend, expect some selections from her most recent album, a tribute to Ella Fitzgerald, and likely a few Christmas tunes.
212-582-2121, theiridium.com

FRANCISCO MORA-CATLETT’S AFROHORN at Zinc Bar (Dec. 15, 8 p.m.). In AfroHorn, Mora-Catlett — a Mexican-American drummer with a big, clattering attack — draws from his own diverse artistic heritage. He fuses the expansive approach of Sun Ra Arkestra, which he played in for years, with Mexican and Afro-Cuban musical tradition. It’s a rather small ensemble, but it has the attitude of a much larger one, playing rhythmic, chantlike tunes; up-tempo pieces that fuse bebop and Latin rhythms; and free improvisation.
212-477-9462, zincbar.com