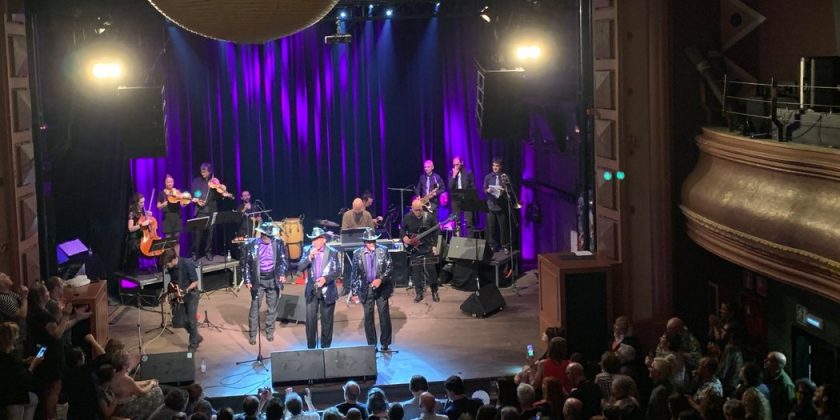 Our guide to pop and rock shows and the best of live jazz happening this weekend and in the week ahead.

BATHS at Mercury Lounge (May 29, 9:30 p.m.). Will Wiesenfeld, the L.A.-based musician behind this hypnotic electronic music project, draws inspiration from fiction: “I’m not as emotive with real world things as I am when I’m neck deep in anime, video games, books or comics,” he said in a press statement in 2017. It’s fitting, then, that one of Wiesenfeld’s most memorable songs is “Dream Daddy,” a lush, layered pop track that serves as the theme song for a video game of the same name. Selections like “Yeoman” from his most recent album, “Romaplasm” — with their ample whimsy and chiptune aesthetic — could easily be retrofitted for the same purpose.
212-260-4700, mercuryeastpresents.com

FANTASTIC NEGRITO at Brooklyn Bowl (May 30, 8 p.m.). Before adopting his current stage name, this singer was just Xavier, a mononymous performer with a million-dollar Interscope deal that resulted in a faltering debut album. In his lifetime, the 51-year-old Californian, born Xavier Dphrepaulezz, has undergone a number of rebirths: He also fronted a punk group called Blood Sugar X and performed under the moniker Chocolate Butterfly. Dphrepaulezz’s most recent renaissance arrived when his song “Lost in a Crowd” won NPR’s Tiny Desk Contest in 2015. The victory gave new visibility to his gritty take on the blues, best heard on songs like “An Honest Man.”
718-963-3369, brooklynbowl.com

FREE CAKE FOR EVERY CREATURE at Trans-Pecos (May 30, 8 p.m.). From their 2013 debut album to last year’s “The Bluest Star,” this Philadelphia indie-pop group’s songs about adulting, loving and mourning bristle with the quiet intensity of stolen glances in crowded rooms. In March, their frontwoman, Katie Bennett, announced that the group was ready to call it quits; they’ll perform the first of two farewell concerts in Ridgewood, Queens, on Thursday (the second is slated for May 31 in their hometown). Fans can expect to hear their most popular songs, like “All You Gotta Be When You’re 23 Is Yourself,” live for the last time.
thetranspecos.com

THE MASQUERADERS at Littlefield (May 24, 9 p.m.). Back in 1968, this soul group from Dallas landed a minor hit with “I Ain’t Got to Love Nobody Else,” a tender ballad drenched in rich vocal harmony. While they continued recording through the 1970s, releasing two albums on Isaac Hayes’s Hot Buttered Soul imprint, the group was largely dormant after 1980. Then in 2017, they staged a comeback through a brief run on “America’s Got Talent.” The group’s appearance in Brooklyn on Friday night comes 50 years after their last performance in New York — at the Apollo Theater in 1969.
littlefieldnyc.com

XENIA RUBINOS at Murmrr Ballroom (May 29, 7 p.m.). On paper, this Brooklynite’s music seems dizzyingly multifaceted: She fuses elements of hip-hop, R&B, jazz, funk, soul and indie rock, while also nodding to Latin rhythms, inspired by her Cuban and Puerto Rican heritage. But the singer is always looking for ways to unify these many textures; on her most recent album, “Black Terry Cat,” she corrals her diverse influences in service of potent questions about race, labor and American identity. One highlight, “Mexican Chef,” delivers the memorable lyric “Brown raised America in place of its mom.” Rubinos’s performance at this ballroom inside a Brooklyn temple will follow a panel discussion about the music-streaming economy, presented by the Baffler.
murmrr.com

AARON TVEIT at Webster Hall (May 29, 9 p.m.). This singer and actor gracefully navigates between stage and screen. Known for roles like Gabe Goodman in Broadway’s “Next to Normal” and Enjolras in the 2012 film adaptation of “Les Miserables,” Tveit, a native of New York’s Hudson Valley, wields a titanic tenor. Unlike many fellow Broadway stars, he has yet to leverage his stage career as a segue into original music. At jukebox-style concerts like the one on Wednesday, he typically performs a mix of pop covers and show tunes, as heard on “The Radio in My Head,” his live solo album from 2013, which features songs by Joni Mitchell and Taylor Swift, and from “Rent” and “Carousel.”
websterhall.com
OLIVIA HORN 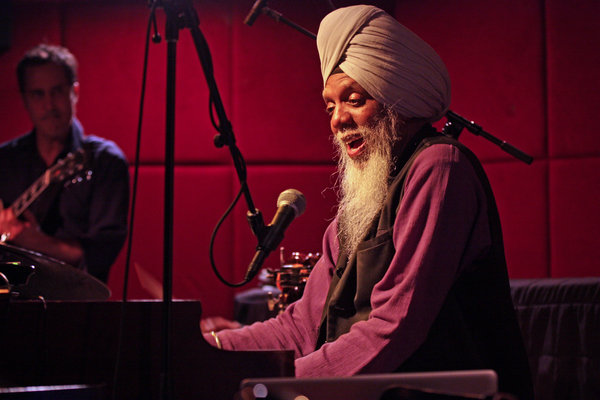 URI CAINE at the Stone (May 28-June 1, 8:30 p.m.). Prodigiously gifted and bursting with vigor at the piano, Caine is the uncommon player who sounds just as deft on a deep groove, a classical minuet or a freely improvised odyssey. Highlights of his upcoming week at the Stone include a solo performance on Thursday, drawing from the second book in John Zorn’s epic “Masada” series, and his appearance on May 31 with a tango-inspired band featuring Mark Feldman on violin, Agustin Uriburu on cello, Julien Labro on bandoneon and Pablo Aslan on bass.
thestonenyc.com

BRIAN KROCK’S LIDDLE AND CAROLINE DAVIS’S ALULA at Nublu 151 (May 30, 8 p.m.). Krock and Davis are two rising alto saxophonists with expansive notions of what it means to write instrumental music for small ensembles, and both have excellent new albums out: Krock with Liddle, a quintet inspired by metal, European modernism and M-Base avant-funk, and Davis with Alula, a trio centered on interplay between her horn and a battery of analog synthesizers. And as it happens, each group features a different side of Matt Mitchell: He plays synths with Alula, and piano and Fender Rhodes with Liddle.
nublu.net

JASON PALMER at the InterContinental New York Barclay (May 23-24, 7 p.m.). A coolly exploratory trumpeter, with a great sensitivity across the full range of his horn, Palmer here takes charge of an all-star ensemble featuring the tenor saxophonist Mark Turner, the vibraphonist Joel Ross, the bassist Edward Perez and the drummer Kendrick Scott. The plan is that these shows on Thursday and Friday, presented in the InterContinental’s Presidential Suite with hors d’oeuvres served throughout, will be made into a live album; it will be Palmer’s second funded by Giant Step Arts, a new nonprofit organization that makes quality live recordings of contemporary jazz. The resplendent suite will provide a fitting backdrop to a performance of Palmer’s latest original music, inspired by the notorious robbery at the Isabella Stewart Gardner Museum, which was once a ritzy private home.
212-906-3143, intercontinentalnybarclay.com

KOJO ODU RONEY EXPERIENCE at the Blue Note (May 24-25, 12:30 a.m.). After sets on Friday and Saturday night from Chris Dave — the game-changing drummer whose footprints are all over the present-day sounds of pop, hip-hop and jazz — come late-night performances from a head-turning drummer one-third his age. The son of the saxophonist Antoine Roney, Kojo Odu Roney was already sensational enough at age 12 to be featured in a documentary that was broadcast on PBS. This March, almost two years later, Roney brought his splashy, Tony Williams-inspired drumming to the Blue Note for his debut as a leader there. He returns this weekend, leading a quartet; on Friday he’ll welcome the virtuoso turntablist D.J. Logic as a special guest.
212-475-8592, bluenotejazz.com

DR. LONNIE SMITH at Birdland (through May 25, 8:30 and 11 p.m.). A National Endowment for the Arts Jazz Master, Smith is the acting chairman of the board when it comes to Hammond B3 organ playing in jazz. From the 1960s on, he has treated R&B rhythm, church-derived harmony and the nondenominational, mystic mid-60s sound of John and Alice Coltrane as his guides toward a personal approach. In recent years he’s performed and recorded primarily with a classic organ trio (featuring guitar and drums), but this week at Birdland he is accompanied by the Jazz Orchestra of the Concertgebouw, the Netherlands’ eminent big band.
212-581-3080, birdlandjazz.com

ALEXA TARANTINO QUARTET at Dizzy’s Club (May 28, 7:30 p.m.). Tarantino’s forthcoming debut album, “Winds of Change,” announces this young alto saxophonist as a composer of sharply plotted but gracefully unencumbered straight-ahead jazz and — for those who haven’t already caught her in her capacity as a busy side musician around New York — an announcement of her lovely, ardent way of improvising. At Dizzy’s, Tarantino celebrates the album’s release with the pianist Christian Sands, the bassist Joe Martin and the drummer Ulysses Owens Jr.
212-258-9595, jazz.org/dizzys
GIOVANNI RUSSONELLO