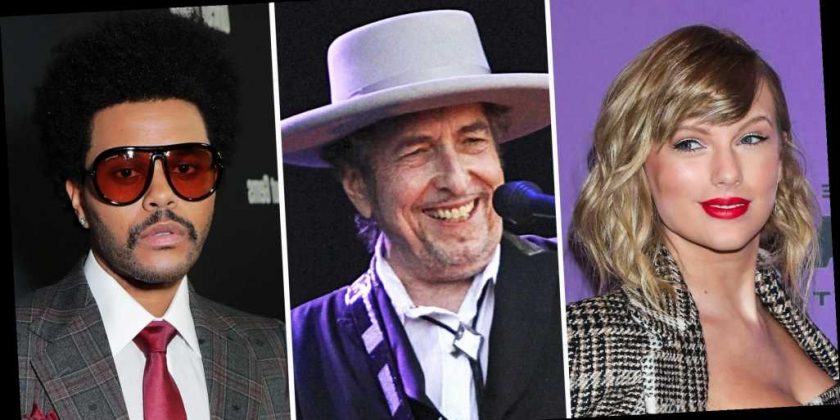 At a time of global unrest, music artists across all genres provided much-needed escapes in 2020 with incredible albums that we have had on loop for months on end.

The year started off on a high note with new releases from Selena Gomez, Halsey and Justin Bieber, but it was not until mid-March, when the COVID-19 pandemic ramped up, that things really kicked into high gear in the music industry. Just one week apart, The Weeknd and Dua Lipa respectively dropped After Hours and Future Nostalgia, two of the most critically acclaimed albums of the past 12 months.

“I’ve been a little bit conflicted about putting music out and, you know, whether it’s the right thing to do during this time because lots of people are suffering,” the “Don’t Start Now” singer admitted on Instagram Live at the time with tears in her eyes.

Ultimately, Lipa decided that an upbeat dance album was just what the doctor (or at least her fans) ordered. The risk paid off, and she went on to score six Grammy nominations including Album of the Year.

One hitmaker who did not have any hesitations about releasing music during the pandemic was Taylor Swift. In July, she surprised her legion of fans with Folklore, an album recorded entirely in quarantine with producers Jack Antonoff and Aaron Dessner. Swifties were still busy dissecting each and every lyric from Folklore when the “Betty” songstress released its sister record, Evermore, less than five months later.

“To put it plainly, we just couldn’t stop writing songs,” she explained via Instagram in December. “To try and put it more poetically, it feels like we were standing on the edge of the folklorian woods and had a choice: to turn and go back or to travel further into the forest of this music. We chose to wander deeper in. I’ve never done this before. In the past I’ve always treated albums as one-off eras and moved onto planning the next one after an album was released.”

Swift continued, “There was something different with folklore. In making it, I felt less like I was departing and more like I was returning. I loved the escapism I found in these imaginary/not imaginary tales. I loved the ways you welcomed the dreamscapes and tragedies and epic tales of love lost and found into your lives. So I just kept writing them.”