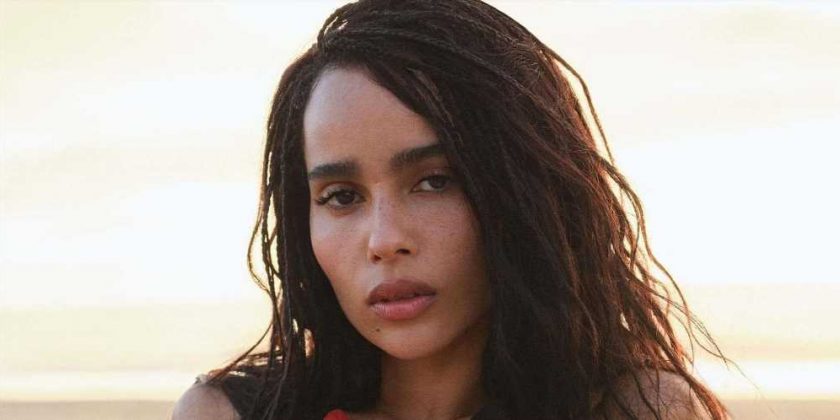 The actress, who stars as Selina Kylie (aka Catwoman) in the upcoming Batman film, is Elle's March 2022 cover star, and for the magazine shoot, she wore a skintight Saint Laurent unitard that looks like it was made for her character. Posing on an empty beach at sunset, Zoë modeled the 'suit while lounging in the sand. The one-piece featured a twisted halter-neck top and massive cutout at the midsection that yielded an underboob-baring moment. An oversized silk flower positioned in the middle of the catsuit and mermaid-like hair added a whimsical touch to her look. In another snap from the photoshoot, Zoë wore a long, netted knit dress by Rick Owens for a barefoot stroll along the shoreline. She paired the unconventional coverup with a matching bikini underneath and a floral choker, and pulled her beachy waves into high ponytail. In her interview, Kravitz opened up about her divorce from her ex-husband Karl Glusman, as well as her relationship with her new boyfriend, Channing Tatum. Of Glusman, whom she separated from last year after only 18 months of marriage, she said, "Karl's an incredible human being. It really is less about him and more about me learning how to ask myself questions about who I am and still learning who I am, and that being okay. That's the journey I'm on right now."

Their split was finalized in August, and soon after, Zoë was spotted riding on the back of Channing's bike. The two have kept their relationship relatively private, and when asked about recent paparazzi shots of them holding hands, Zoë kept it to the point, simply stating: "I'm happy."