Zack Snyder has confirmed that the zombies in Netflix’s Army of the Dead do in fact have sex, just in case anyone was wondering.

It appears the director has thought a fair bit about “sweet zombie lovemaking” as he revealed the end goal for the zombies is not to need humans to keep their species going.

“Well, I believe that some zombie love happened, some sweet zombie lovemaking,” he told Esquire, though he quickly corrected himself: “I don’t know if it was sweet. It was probably pretty aggressive. 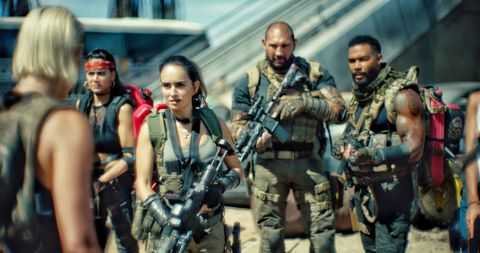 “My theory is that the zombies in our movie are working toward not needing a human host to procreate their species, if you will. That’s the ultimate evolution. They’re like a better us. I think that’s the fun genre part of it.

“They’re no longer destroying their environment. They’re not fighting with each other. They’re less bad for everybody. They’re less toxic. Unless you cross them, and then, well, it’s not that good.”

Snyder also admitted that he and his team had “a hell of a lot of fun” coming up with it all, especially the zombie baby. 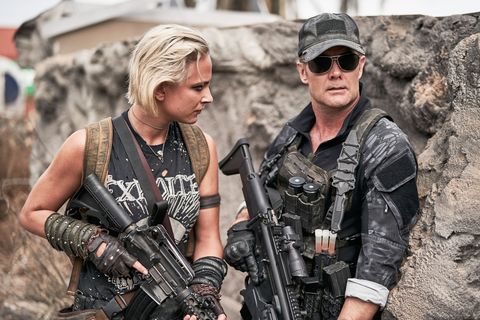 Although no zombie sex makes it on screen, a zombie penis very nearly did, but it was cut during the editing process.

“It was a collaborative decision. I was fine with it. I didn’t feel offended that my creative visions were being upended. Although, it was sweet. It looked like it was bit – like an apple. It had a bite out of the side of it.”

Army of the Dead is available to watch on Netflix.