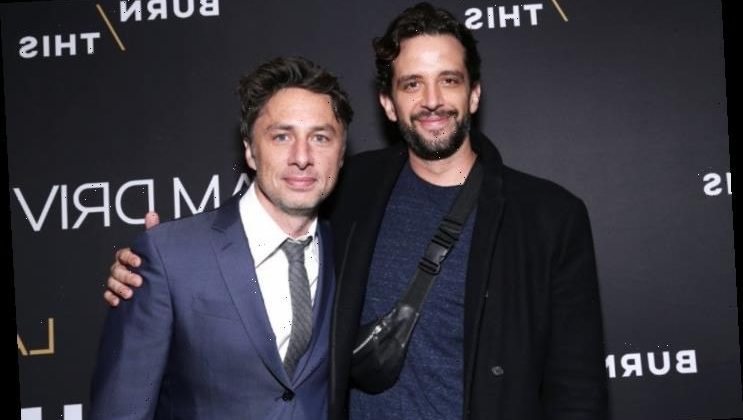 The ‘Garden State’ star lost his Broadway friend to COVID-19 in July, and has since shared his grief on an episode of his podcast, ‘Fake Doctors, Real Friends With Zach and Donald’.

AceShowbiz –Zach Braff is honoring his late pal Nick Cordero by tattooing the Broadway star on his arm.

The actor had an image of the performer, who lost his battle with COVID-19 last month (July), dancing in a three-piece suit inked recently, and on Thursday (August 06), the “Garden State” star took to Instagram to share the new body art.

“In loving memory to the greatest @nickcordero1 on his friend @zachbraff,” Woo wrote.

Cordero’s widow, Amanda Kloots, commented on Woo’s post, writing, “Need to come see you for one.”

Braff shared his grief over the tragedy last month (July) on an episode of his podcast, “Fake Doctors, Real Friends with Zach and Donald”, which he co-hosts with Donald Faison.

“The last thing Nick texted me before he went unconscious was, I said, ‘Is there anything I can do?’ And he said, ‘Please look out for Amanda and (son) Elvis,’ ” Braff recalled. “And I promised that I’m going to do that for the rest of my life. And I want to make him proud.”

Cordero, 41, spent three months in a coma at Los Angeles’ Cedars-Sinai Medical Center before he passed away.