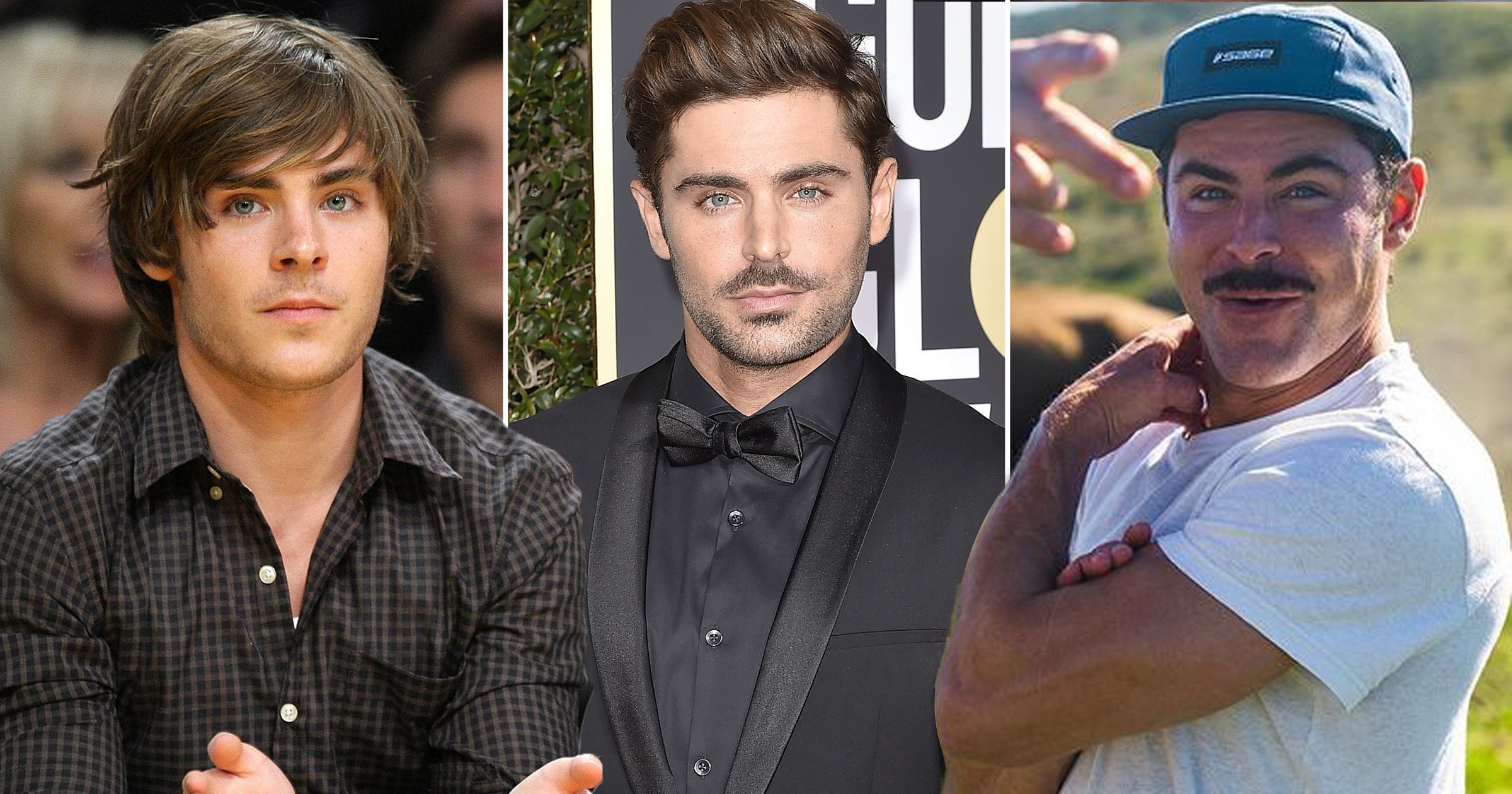 Zac Efron has set the record straight on why his physical appearance changed last year, sharing details of a freak accident for the first time.

The High School Musical actor became subject of cosmetic surgery rumours after fans noticed his looks had changed in 2021.

Despite the mounting rumours, Zac, 34, never addressed the speculation publicly but he’s now revealed what caused his transformation.

In a new interview, the Hollywood star revealed he slipped on a sock while running through his house, and ended up with a broken jaw that caused the muscles in his face to swell up.

Almost like a scene from one of his blockbuster movies, the accident saw Zac bash his chin against the granite corner of a fountain, knocking him unconscious.

When he woke, he found that his ‘chin bone was hanging off his face’.

Zac, who graces the cover of Men’s Health magazine’s October 202 issue, had to add masseter muscles to the inside of his face, and his jaw had to workout overtime which explains why his face changed so much.

‘The masseters just grew. They just got really, really big,’ he told the publication.

Fans began speculation about Zac’s appearance when he appeared in a video for Earth Day! The Musical, sporting a noticeably heavier jawline.

However, he was defended by his friend and Australian radio personality Kyle Sandilands, who insisted the actor would never go under the knife.

‘I would know if he’d had any plastic surgery. It’s like getting a Picasso and having a kid finger paint all over it. Why bother?’ Kyle said on the Kyle and Jackie O Show.

Zac was completely unaware that he had gone viral and it wasn’t until his mother, Starla Baskett, reached out to him to ask if he had undergone cosmetic surgery.

It’s not only Zac’s face that has changed in recent years as he famously bulked up for his role in the big-screen Baywatch remake.

However, it came at a price as the actor – who now lives in Australia primarily – revealed he fell into a ‘pretty bad depression’ over the intense fitness regime.

‘That Baywatch look, I don’t know if that’s really attainable,’ he told the magazine.

Zac will next star in comedy The Greatest Beer Run Ever alongside Russell Crowe and Bill Murray. The adventure will follow a man who left New York in 1967 to bring beer to his childhood buddies in the Army while they fought in Vietnam.