Blood is thicker than water, isn’t that what they say? But, Prince William and Prince Harry have a… complicated relationship. They’re constantly making headlines about having feuds, disagreements, and have an overall strained relationship. However, according to a royal expert, they’re attempting to repair their relationship.

“There were phone and video calls over the Christmas and New Year holiday and the Sussexes sent presents to the Cambridges and vice versa,” royal expert Katie Nicholl told Entertainment Tonight. “It was an opportunity in an otherwise very busy and chaotic year for both of the families to come together and connect, albeit virtually.” 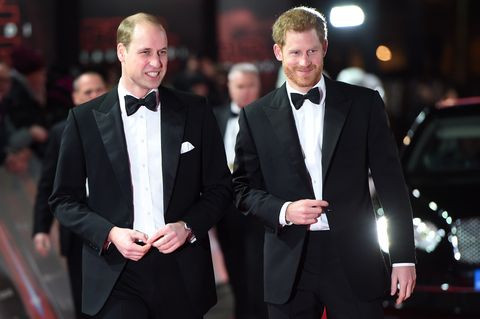 She added, “Things are a lot better between William and Harry. If you go back a year at that stage, these brothers were barely on talking terms. When William went to the Sandringham Summit, he was so angry with his brother. He couldn’t even face going to that lunch with the Queen. He only went for the meetings, such was his frustration and feeling of disappointment about what his brother had done and how Harry was handling the situation.”

Harry and Meghan Markle’s decision to quit their senior duties in the royal family contributed to a fight between William and Harry. A source told Us Weekly that their drama was “very real, very ugly, and incredibly intense. So, their recent dynamic is a drastic change from where they were.

“Fast forward to today, the relationship is much better than it was. For a start, they are on talking terms, and not only on talking terms, they do speak relatively regularly. They were very much in touch over the holidays,” Katie explains. “But there is an ocean between them, there is a time difference and as Harry [has] said… they are two brothers on different paths.”