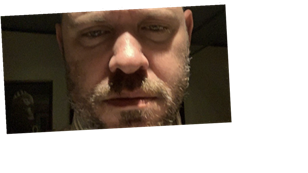 Will Young has revealed he's caught the deadly coronavirus after being careful throughout the pandemic.

The 41 year old, whose twin brother shared a childhood photo of them together before his tragic death, took to his Instagram stories to announce the news to his 87,600 followers.

The Pop Idol star posted a photo of himself looking sullen with bags underneath his eyes as he wore a striped shirt with a grey jumper.

Over the image, the singer wrote: "Covid strikes !!! Almost got away with it …."

Will's awful diagnosis comes months after he revealed that homophobic thugs once threatened to stab him for holding hands with his boyfriend.

The star, who previously sparked concern with a wardrobe malfunction while on Sunday Brunch, explained that the event in question took place 14 years ago with an ex-beau.

Speaking to The Times, he said he and his other half Julian were minding their own business walking down the street when thugs began shouting at them.

"I was wandering through the East End about 14 years ago, holding hands with my then boyfriend, Julian, and we had people shouting at us. Someone actually threatened to stab us."

The Leave Right Now hitmaker, who had been out as gay for three years following his success on the popular show at the time, went on to explain that he still has "to think about where I feel I belong, and where I might feel unwelcome or even unsafe."

Celebrity deaths 2020: Caroline Flack and Dame Barbara Windsor among stars who have sadly died this year

He continued: "I've had people threatening to stab me and I once had someone shouting 'queer' and 'f****t' at me from a Vauxhall Nova outside a pub in Hampstead.

"Although on that occasion, I just shouted 'f****t' back at them, so they got confused and drove off looking rather dejected.

"Someone also once rang my hotel room late at night to homophobically abuse me."

Will has come out with a book called To Be A Gay Man, in which he talks about his experiences and struggles to accept himself and his sexuality.

He said: "I genuinely do think it’s a book that’s needed because there is a lot of shame that hasn’t been worked through by gay people, and I don’t think that gay men are given room to work it out.

"But if you’ve had years and years of feeling bad about yourself and being told you are wrong, that doesn’t go overnight.”