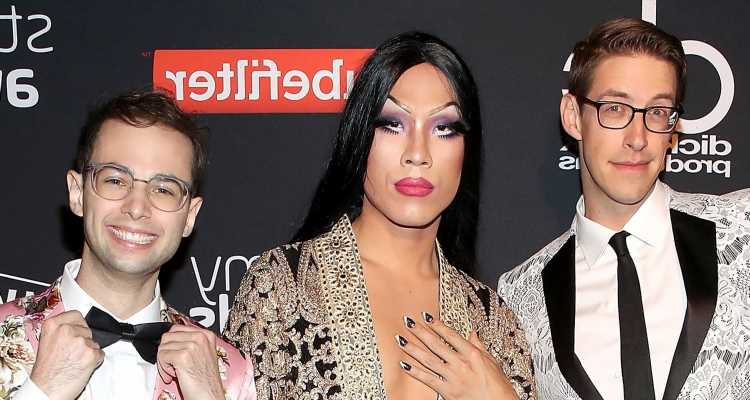 One big question on everyone’s minds is if there will be a new fourth member of The Try Guys.

The once foursome are now down to three – Keith Habersberger, Zach Kornfeld and Eugene Lee Yang – and fans have been wondering if Ned Fulmer will be replaced with a new fourth after all the controversy.

They have even gone as far to suggest who they think would make a perfect new member of The Try Guys.

Find out more inside…

Since they’ve worked together in the past on collabs and have good chemistry and a good relationship, fans have suggested that Kwesi James would be the perfect addition to the group.

However, in a new episode of The TryPod, Zach and Keith said that they will just remain a trio.

“We will have new people that come in and out. We obviously already have our buddy Kwesi, who we love,” Zach shared. “But I don’t want to put the pressure on anyone to say, ‘This is the new Try Guy and he is the replacement.’ That’s not fair to them.”

“We want to get more people in because I think what is great about The Try Guys and how we grew is that we were people who were seen as sort of normal, average guys who were able to do exceptional things and have that experience, and you as a person viewing it could live through that,” Keith added.

“But now, we’re actually not normal, average guys because we have hundreds of exceptional experiences, so it’s hard for us to have that full, new experience in every single video,” he continued. “But for other people, it’s a good opportunity to let other people, to let women, to let non-binary people, to let people from different backgrounds, ages, body types have these sorts of experiences so we can actually, as viewers, gain a different perspective of cool opportunities.”

They also commented on if Ariel would continue on the You Can Sit With Us podcast with the Try Wives.

“At this time, we’re gonna give her some time to focus on herself and we’ll let you know if that changes,” Zach said.