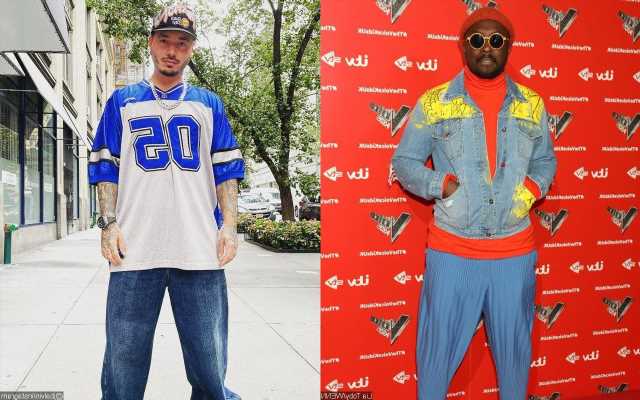 During a chat on the ‘On with Mario Lopez’ podcast, the Black Eyed Peas member recalls what he did upon learning that the Latino superstar wanted his own version of the ‘Back to the Future’ car.

The “Scream & Shout” hitmaker constructed four “Back to the Future” cars and gifted one to the Latino superstar.

“I built four from scratch,” will.i.am tells the “On with Mario Lopez” podcast. “I reimagined the DeLorean and I gave that to J Balvin… I reimagined a DeLorean and I called it a DeLor-i.am. Then, I brought it up to speed, I put a Corvette engine in it, made it faster, changed the interior…”

“J Balvin saw it and then a friend of mine was like, ‘Check out a car J Balvin’s gonna build’… So then I’m like, ‘Wait a second, this looks like my car!’ “

He then went to the shop, where he builds his cars and it turned out J Balvin wanted his own version of will.i.am’s DeLorean.

The Black Eyed Peas star adds, “I’m like, ‘No, no, no, no, bro, just give J Balvin my car!’ He was like, ‘Why would you give J Balvin your car?’ and I’m like, ‘Because if J Balvin’s gonna build a different version of my car, he’s gonna build it to collect it, like I collect cars. Why doesn’t he just get my car and put my car in his collection? People will then know that I build cars!’ “

As well as the DeLorean, Will has also worked on what he calls a Thunder-vette, explaining, “I took a Thunderbird and fused it with a Corvette… I smashed ’em together and made a Thundervette. To me, it’s like the ultimate way to create. I don’t wanna spend my money on jewellery, I’m not a jewellery guy. I like to build cars, and trinkets and masks. I just like to make stuff!”