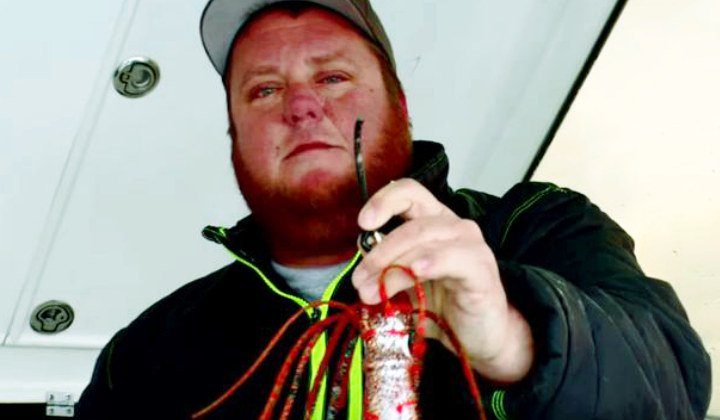 AceShowbiz -“Wicked Tuna” star William “Willbilly” Hathaway passed away after a car crash on Saturday, December 15 in Salisbury, Maryland. According to local reports, William died after he swerved into a ditch in the area of Old Ocean City Road to avoid a collision.

Police said William was on the phone with his wife when someone pulled out in front of him, forcing him to swerve into a ditch. His wife allegedly told the authorities that she heard her husband telling eyewitnesses he was okay after the accident.

However, when first responders arrived to the scene, William was found unconscious and not breathing inside his car. He was reportedly slumped over the center console. He was transported to Peninsula Regional Medical Center, where he was pronounced dead.

Leaving people more puzzled, his injuries reportedly do not appear to be consistent with the minimal damage to his truck and the airbags did not deploy. Police are currently investigating the crash.

William is survived by his infant daughter, Molly, and wife. He was 36. An avid deep-sea fisherman, he was featured on National Geographic’s show “Wicked Tuna: Outer Banks”.

In the wake of William’s passing, his friends and local fishing community have set up a Facebook fundraising page to raise money for William’s wife and baby. “On December 15 Mary’s husband William Joseph Hathaway a.k.a Willbilly passed away suddenly in a car accident,” the fundraiser description reads.

It continues, “He was an exceptional human being whose passion was the sea. He always brightened the day of anyone he met. His wife and new born baby girl he was most proud of. Due to his untimely death we are asking for donations to help them stay on their feet while trying to survive this tragedy. Thank you in advance. The Ocean City Fishing Community.”