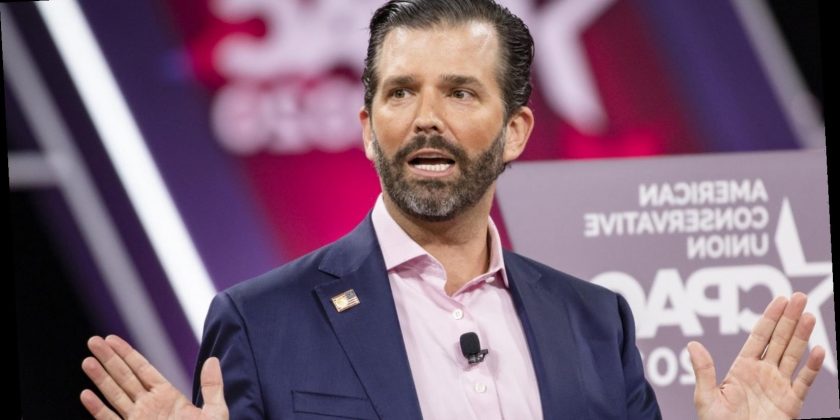 Donald Trump Jr. might have plans to move to Florida, but the D.C. attorney general wants to interview President Trump’s oldest son about the “misuse of his father’s inaugural funds,” according to CNN. D.C. Attorney General Karl A. Racine’s interview request comes after a court filing revealed new evidence about Trump Jr. In January 2020, the D.C. attorney general’s office sued both the Presidential Inaugural Committee and the Trump Organization — and Trump’s eldest offspring might be able to offer investigators insight into what went on behind the scenes.

According to CNN, the lawsuit alleges “they misused more than $1 million raised by the nonprofit by ‘grossly overpaying’ for use of event space at the Trump Hotel in Washington for the 2017 inauguration.” The Inaugural Committee also paid a $49,000 hotel bill that should have gone to the Trump Organization.

The Washington Post reported on Racine’s new court filing, which revealed that Trump Jr.’s assistant booked hotel rooms at the Loews Madison Hotel, resulting in the $49,000 bill. Racine’s office, however, only found out about said hotel rooms after the bill went to a collections agency, and the Trump Inaugural Committee paid the charge. Trump Jr. is the second of the outgoing president’s adult children to be interviewed in this case. In December 2020, eldest daughter Ivanka Trump also spoke to the D.C. attorney general’s investigators.

D.C. Attorney General Karl A. Racine told CNN he was “extremely confident” that the Trump family broke the law by misusing more than $1 million raised by the Presidential Inaugural Committee. In his CNN interview, Racine said the “Trump family used the not-for-profit to profit themselves.” But Donald Trump Jr. also faces possible legal liability for the attack on Capitol Hill, according to Vanity Fair.

Vanity Fair reported that President Trump and Trump Jr. could face charges for inciting the mob that stormed the U.S. Capitol on Jan. 6, 2021. The U.S. Justice Department said it “would not rule out possible charges against Trump as well as members of his inner circle, for riling up the angry, traitorous mob.” Along with his father, Trump Jr. spoke at the “Stop the Steal” rally prior to the attack, where speakers urged pro-Trump supporters to mob the Capitol.

Vanity Fair reported the president’s son “told the crowd gathered at the pre-siege rally that Republican lawmakers needed to help overturn the election results, warning those who refused, ‘We’re coming for you.'”

As the angry mob descended on the U.S. Capitol to “help” block the certification of President-elect Joe Biden’s November 2020 win, Trump Jr. posted a video, which showed the Trump family celebrating while watching the breaking news about the insurrection. However, charges have not yet been filed on this front.