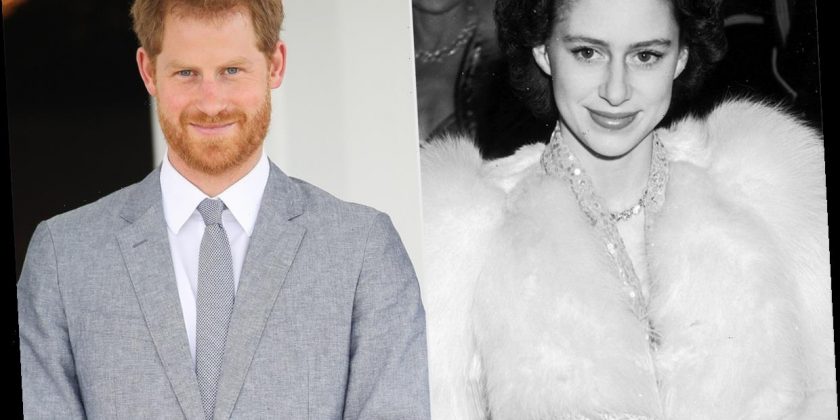 While Princess Margaret gave up her romantic relationship for the Crown, her great-nephew Prince Harry left royal life to be with the woman he loves.

Both Princess Margaret and Prince Harry faced friction in choosing romantic partners who didn't fit the royal family mold. Queen Elizabeth's younger sister found love with the divorced Peter Townsend, while the Queen's grandson fell for American actress Meghan Markle, who would become the first person of color in the modern royal family. However, the two had very different outcomes.

Margaret needed the Parliament's approval ahead of her marriage to Townsend, and she called off the engagement when they made it clear they would not offer her consent. Meanwhile, Prince Harry married Meghan in May 2018, and in 2020, they stepped down as working royals and relocated to California.

"Margaret put duty before herself," royal biographer Andrew Morton, who just released his new book, Elizabeth & Margaret: the Intimate World of the Windsor Sisters, tells PEOPLE. "The wheel turns, 70 years later, and we have another couple having to make a decision: Do they put duty first or their own ambitions and desires first? And they put their own ambitions and desires first. That is the change we have witnessed during the Queen's reign."

Princess Margaret 'Understood the Queen in a Way No One Else Could': Inside Their Complex Bond Get the premiere issue of PEOPLE Royals for glamorous new photos and inside stories royals fans haven't seen or read elsewhere! Subscribe at peopleroyals.com/launch

"In both cases you have one sibling who pushes boundaries, while the other is more serious, more cautious," he says. In both cases, the royal "pecking order," as Morton puts it, inevitably impacts the sibling dynamic.

"At one point, William and Harry were both part of the main branch of monarchy," says the author. "Then William marries and has children, and his children take precedence. Whereas Harry is an ancillary branch in exactly the same way as Margaret."