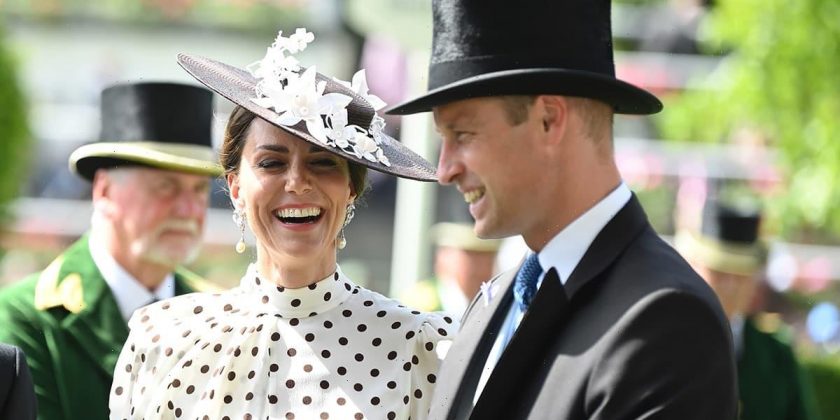 The Duke and Duchess of Cambridge have reason to celebrate as William’s close friend, Hussein, Crown Prince of Jordan has gotten engaged.

The Jordan Palace shared the news that Hussein and Ms Rajwa Khaled bin Musaed bin Saif bin Abdulaziz Al Saif were to be wed on Wednesday. The engagement took place at the home of Ms Rajwa’s father in Riyadh, where members of both families were in attendance. Photos shared by the Palace to Instagram showed the happy couple smiling as they celebrated the news.

WATCH: Where are Prince William and Kate’s favourite holiday destinations?

William and Hussein enjoy a close bond, with the Crown Prince hosting the Duke when he toured the Middle East in 2018.

Hussein even invited William to his home so that the dad-of-three could watch England play in the World Cup. The royal had missed the live game due to prior engagements, but the pair watched a taped recording.

William also shares a close bond with Hussein’s mother, Queen Rania, as she is a council member for the Duke’s Earthshot Prize.

William and Hussein are close friends

Kate has close ties with Jordan herself, since she moved there with her family in 1984 when she was just two years old. Her father, Michael Middleton, was a British Airways manager and had relocated to Amman for work.

INSIDE: The modest royal halls of residence where Kate Middleton, Princess Eugenie and more lived at uni

Jordan clearly holds a close heart in the royal pair’s hearts, as they have holidayed in Middle Eastern country with their children, and even chose photos from their trip to cover messages for Christmas and Father’s Day.

Crown Prince Hussein is a graduate of the prestigious Georgetown University in the States, he also served in the army after graduating from the Royal Military Academy Sandhurst in 2017 and made history in 2015 as the youngest person ever to chair a meeting of the Security Council at the United Nations.

Queen Rania is on the Eartshout Council

The Crown Prince will one day inherit the throne, and has already taken on many official royal duties over the last few years, including stepping in for his dad earlier this year, when the King was hospitalised for spinal surgery.

He’s also head of the Crown Prince Foundation, which was set up to helping local youth “employ their full potential and creativity.”

He plays an active role in all of his foundation’s initiatives, from helping open the Al Hussein Technical University to providing cochlear implants to the hearing impaired to teaching leadership skills to high school students.