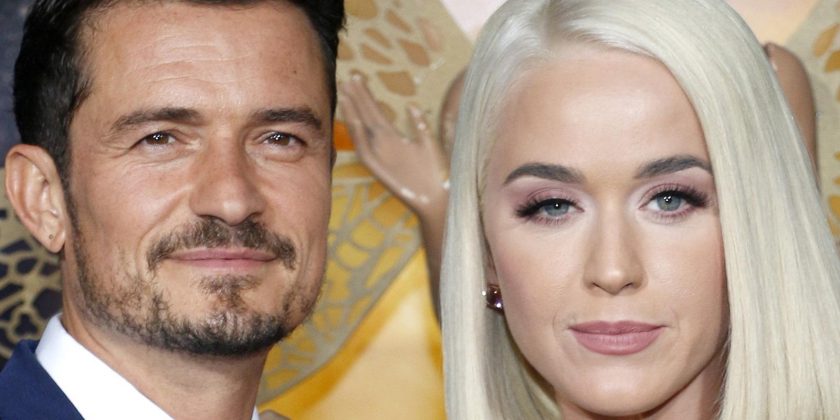 Both Katy Perry and Orlando Bloom have been married once before. The “Pirates of the Caribbean” star wed model Miranda Kerr in 2010, but the couple divorced in 2013. Meanwhile, Perry was married to actor Russell Brand for just 14 months, calling it quits in 2011 (via Independent).

Perry and Bloom would get together in 2016, according to Glamour. They broke up, but then got back together, and became engaged in 2019. Then, in 2020, the star couple announced they were expecting their first child together. In August of last year, their daughter Daisy was born.

Now, fans think the new parents may have gotten hitched, with the “American Idol” judge’s co-star, Bobby Bones, revealing details of the unconfirmed nuptials with Us Weekly. To be fair, neither Perry nor Bloom have verified their official union, but according to Bones, the wedding already happened.

“It was so small that I did not get that invite,” Bones said about the celebrity wedding of Perry and Bloom during a recent interview with Us Weekly, adding, “I did not go to the wedding. And I understood why, although I was jealous.”

Bones did not offer details on when and where the wedding took place, which Bloom said previously was delayed due to COVID-19 restrictions. “But I’m not joking when I say that coronavirus might have a play in whether we put things on ice, because we’re going to be traveling and we don’t want anyone to feel uncomfortable,” he said in March of last year (via Hollywood Life). Perry also noted she hit the pause button on planning the wedding due to COVID.

Meanwhile, before Bones’ interview, fans were already buzzing that the singer and actor tied the knot under the radar when Perry was photographed wearing what looked like a wedding ring in March of this year (via Page Six).

Perhaps we will get a confirmation of the wedding in an upcoming music video, since this is how Perry announced her pregnancy (via NBC News).