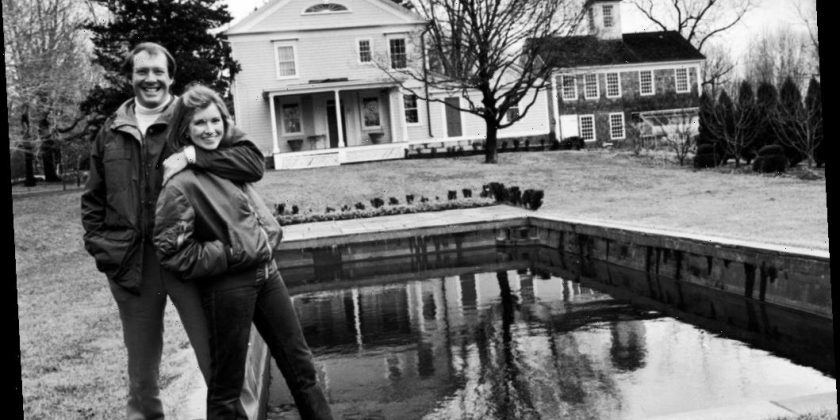 Martha Stewart is known for her status as the ultimate homemaker. She has books, TV shows, and products for any at-home cook who hopes to up their domestic game. And she was also once married to Andrew Stewart for three decades, though the two ended their marriage in the ’90s. Here’s why Martha and Andrew divorced.

Martha Stewart was married to Andrew Stewart for 30 years

Martha and Andrew met when they were in their 20s. According to Mashed, Martha was studying architectural history and modeling on the side while Andrew studied law at Yale. They were then set up on a blind date, and the rest is history. According to Martha, it was love at first sight. They tied the knot in 1961.

It seems there was trouble in paradise early, though. During the couple’s honeymoon in Europe, Martha made a friend with an Englishman, and she wanted to stick around and get to know him. Unfortunately, Andrew wanted to head to bed. Martha chose to stick around with the new friend, causing a lot of tension between them.

Others noted that Martha and Andrew weren’t a good match, as Martha would grow impatient with Andrew and belittle him. “

“She was constantly accusing him of being ‘dumb’ or ‘stupid,’” Jerry Oppenheimer, the author of Just Desserts, noted. “There were times when there was utter and complete tension and long hostility-filled silences between them that you could cut with a knife.”

Marthe and Andrew split in 1990. And Martha allegedly took the divorce very hard. “Getting divorced was a terrible thing for me, because we were the first to divorce in my family,” the St. Louis Post-Dispatch reports Martha said. “And that we haven’t spoken since the divorce is even more painful. But I’m very strong, and I’m very motivated to get on with life.”

As for why the two split, it seems personality differences were at play. And perhaps Martha’s ultra-successful business made her less available to her family. Ultimately, it was Andrew who seemed to make the call for a divorce.

Martha’s former friend, Mariana Pasternak, spoke to the New York Post about Martha’s character. “She did [pursue men] in order to prove to herself that she was desirable,” Pasternak said. “I think that Andy leaving her made her feel undesirable.” Pasternak also noted Andrew later married one of Martha’s assistants, which deeply upset Martha.

While Andrew may have found love after his 30-year marriage, Martha didn’t remarry. She also joked about this with comedian Chelsea Handler. People reports in an episode of Martha Knows Best, Handler talked to Martha about a famous selfie they both took in a pool.

“We became very famous because of that, Chelsea,” Martha said. “I got a lot of marriage proposals [as a result of the photo].”

Martha then verified that she was too busy enjoying the attention to engage with any of the proposals sent her way. “That’s what’s wrong with me,” she added, “that’s why I’m still not married after a long marriage.”

Despite her single status, Martha has plenty of friends in the business. We’re excited to watch her host the Puppy Bowl with Snoop Dogg on Feb. 7.