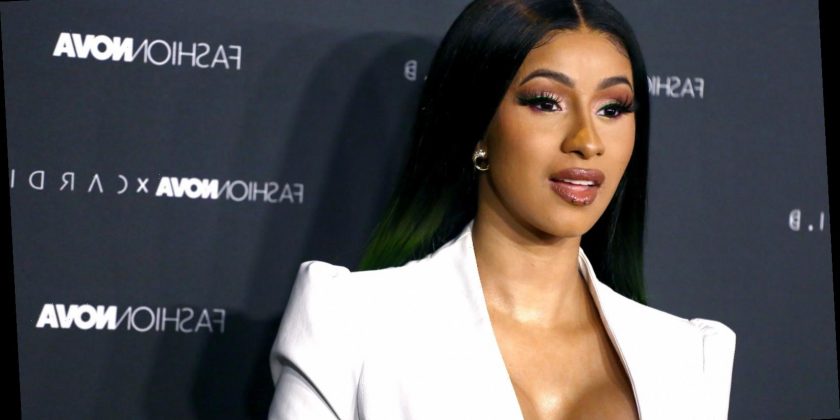 Cardi B isn’t one to flee from controversy. The rapper initially got famous for speaking her mind in hilariously candid Instagram videos, which translated to a breakout role on Love & Hip Hop, where she coined iconic catchphrases including the ominous, “If a girl have beef with me, she gon’ have beef with me … forever” (via YouTube). Most recently, Cardi broke the internet alongside Megan Thee Stallion with their hit song “WAP,” which had conservative pundits like Ben Shapiro clutching their pearls (the Bronx rapper, naturally, dragged Shapiro for his overreaction, per NME).

However, Cardi’s latest stunt may have pushed things a bit too far. The outspoken star was criticized for appearing in an ad for Reebok sneakers, which she had been teasing on social media. Although the shoes themselves are sure to be a guaranteed hit, Cardi was forced to apologize for her participation in what many see as a tone-deaf and offensive campaign.

Cardi B was called out for religious appropriation

The offending ad, promoting the rapper’s hugely-anticipated contribution to Reebok’s Club C collection, shows Cardi posing as the Hindu goddess Durga. As Complex notes, the deity traditionally symbolizes strength and is typically portrayed holding weapons in her eight hands. Cardi, meanwhile, is portrayed holding her sneakers. It’s also worth noting, as Page Six points out, that shoes are not allowed inside Hindu temples.

The Bronx native removed the offending image from her social media and quickly took to her Instagram Stories to address the controversy. Cardi posted, “The creatives [told] me, ‘You’re gonna represent a goddess,’ that she represents strength, femininity and liberation and that’s something that I love and I’m all about and I thought that was dope. But if people feel that I’m offending their culture or their religion, I want to say I’m sorry. That was not my intent.” The rapper also acknowledged, “Maybe I should’ve done my research,” promising to do better in the future.