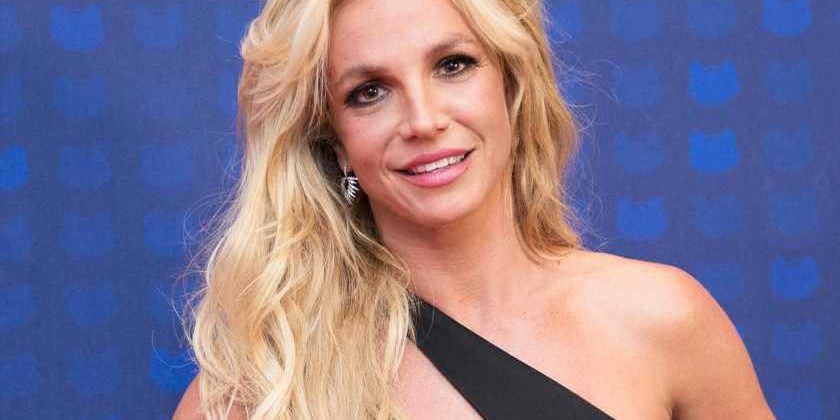 Britney Spears has announced that she is expecting her first child with fiancé Sam Asghari – and in an emotional Instagram post announcing the news, the singer declared that she won’t be suffering in silence during her pregnancy.

Five months after winning her highly publicised battle to terminate the conservatorship that ruled her life for the past 13 years, Britney Spears has shared the happy news that she’s pregnant.

In an emotional Instagram post, the singer revealed that she was expecting her third child – and her first with fiancé Sam Asghari – after a recent trip to Maui ended with the surprise of a positive pregnancy test.

Sharing the news alongside a photo of a teacup, a pair of jeans and some pink roses, Spears revealed that Asghari initially suggested that she might be “food pregnant” before getting the results of the test.

“I lost so much weight to go on my Maui trip only to gain it back,” she began.

“I thought “Geez… what happened to my stomach?” My husband said, “No you’re food pregnant silly!” So I got a pregnancy test… and uhhhhh well… I am having a baby… 4 days later I got a little more food pregnant. It’s growing!”

The news is especially moving given that Spears has previously expressed concern that her hopes to start a family with Asghari had been thwarted by the restrictions of the conservatorship, which ruled her career, finances and health.

In a bombshell testimony last year, she told a Los Angeles Superior Court judge that the legal arrangement, which she was placed under in 2008, had for years prevented her from marrying or removing her birth control.

“I have an [IUD] inside of myself right now so I don’t get pregnant… but this so-called team won’t let me go to the doctor to take it out because they don’t want me to have children,” she said.

“So basically, this conservatorship is doing me way more harm than good.”

Five months after being released from a 13-year conservatorship, Britney Spears has announced she is pregnant

As Spears celebrates her newfound freedom in the wake of her conservatorship, which was finally terminated in November 2021, the pregnancy announcement is the latest piece of good news for a star who has made headlines with her pleas to get her life back.

But while we celebrate the fact that Spears is now able to make her own decisions about her medical and reproductive health, it’s worth noting the other important issues highlighted by the singer in her announcement.

In her Instagram post, Spears also took the opportunity to open up about suffering from perinatal depression during her pregnancy with her sons Jayden and Sean, who she shares with ex-husband Kevin Federline.

Explaining that she intends to spend less time going out to avoid paparazzi, Spears noted that the stigma surrounding the medical condition, which can occur any time from becoming pregnant to around one year after giving birth, had prevented her from speaking up about her experiences in the past.

“I obviously won’t be going out as much due to the paps getting their money shot of me like they unfortunately already have,” she continued.

“It’s hard because when I was pregnant I had perinatal depression… I have to say it is absolutely horrible… women didn’t talk about it back then … some people considered it dangerous if a woman complained like that with a baby inside her.”

Spears went on to express her gratitude that society has evolved to a place where we can now “talk about it everyday” and are no longer pressurised into keeping “that pain a reserved proper secret”.

She finished her post on a positive note, writing: “This time I will be doing yoga every day !!! Spreading lots of joy and love !!!”

As Spears continues to forge a new life outside of the conservatorship, the value of her honesty surrounding her mental health cannot be underestimated. Women have, for far too long, been obliged to keep their pain a secret, but as Spears proves, there is only power to be found on the other side of speaking up about things that we are conditioned to believe are a source of shame.