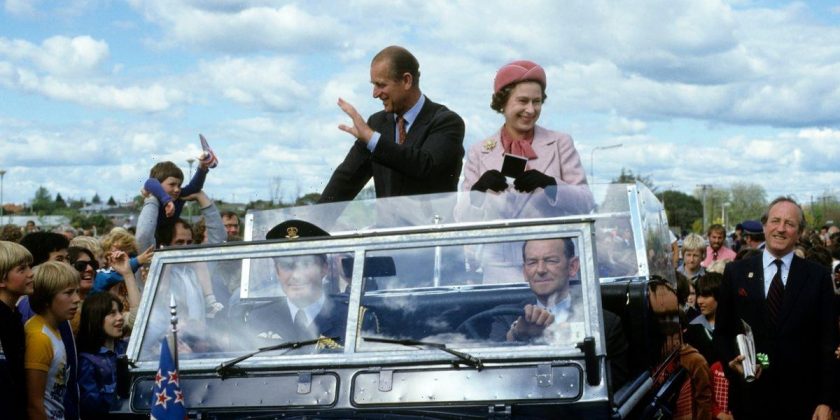 While the Queen was visiting New Zealand in 1981, a man made an attempt to take her life – and the incident is often regarded as the closest anyone has come to assassinating Her Majesty.

Christopher Lewis, who was just 17 at the time of the incident, hid in an empty toilet block on the fifth floor of a building that was on the Royals' route.

The gunman then shot at the Queen as she stepped out a car, but was thankfully off target.

While some witnesses recalled hearing the gun shot, others were unaware and the day's proceedings in Wellington continued on as planned. Although Christopher was arrested, he was never charged for the attempted assignation, but was instead arrested for public possession and discharging of a firearm.

He reportedly responded with: "Only two charges, what? S**t, had the bullet hit her, would it be treason?"

While Christopher was serving part of his three year sentence in a psychiatric hospital, he attempted to escape and planned to murder Prince Charles.

According to Stuff's investigative journalist Hamish McNeilly, the government and police concealed the events of the day.

“They were worried that they would never get another royal tour," wrote Hamish.

"They had no police officers on buildings, keeping an eye out for the Queen. Bear in mind this was the same year where there was an assassination attempt on [then-US president Ronald] Reagan. “They should have been on heightened alert, but that didn’t happen.”

While royal author Matthew Dennison explained in his book The Queen: "Elizabeth herself may not have known what happened: New Zealand officials explained the distant sound of a gunshot as a falling council sign.”

In 2018, declassified secret documents were released by New Zealand’s Security Intelligence Service that confirmed the incident was an attempt on the Queen's life, according to New Idea. When the Queen made another visit in 1995, it is alleged that the police even paid for Christopher to go to Great Barrier Island to ensure the royal family were safe.

“I started to feel like royalty," said Christopher who was given spending money and the use of a vehicle.

Two years later, Christopher ended his life while in prison awaiting trial for the murder of a young mother and the kidnapping of her child.

Before his death, he allegedly admitted his royal assassination attempt to his partner, telling her: “Damn I missed.”