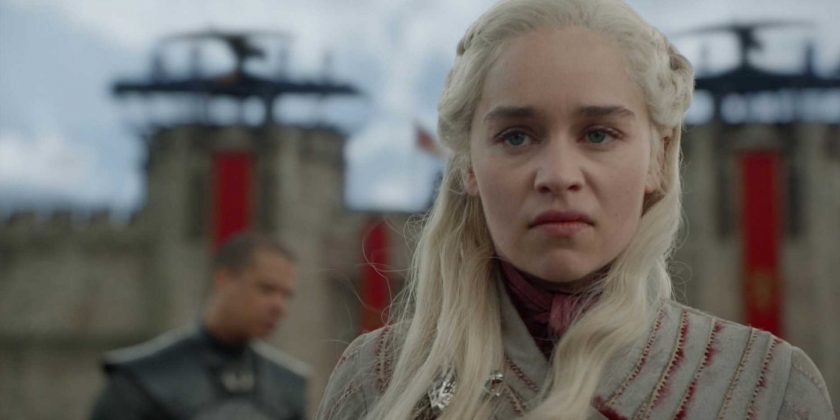 Following the penultimate episode of the massively popular HBO series ‘Game of Thrones,’ a Change.org petition has surfaced urging the network to ‘remake ‘Game of Thrones’ Season 8 with competent writers.’ The petition has already gained more than 350,000 signatures from disgruntled viewers who were upset with Daenerys Targaryen’s big twist in the penultimate episode, where the mother of dragons burned Kings Landing to the ground.

'Game of Thrones' fans wanting to try their luck are flooding to betting sites to clock in their guesses on who will live, who will die and who will take the Iron Throne in the last-ever episode of the popular series.

Among the top contenders to take the Iron Throne are Bran Stark, closely followed by his sister Sansa and the character they thought was their brother until recently, Jon Snow. Curiously, Daenerys Targaryen, who has been primed to take the coveted seat throughout the duration of the show, is tied for fourth place with the best odds of taking the crown, with the same score of +1500 as Samwell Tarly.

Most betting sites have skipped over the possibility of Daenerys dying and have calculated the odds of how she will die and at the hands of whom. The odds are best that Jon Snow, her former lover and also nephew, will be the one to end her life, according to CNet.

By a long shot, most have bet that she will die from an attack with a sword or dagger — as most characters in the show tend to perish, stats obtained by Philly Voice show. Some, however, have bet that the Khaleesi will survive.

There are also betting odds on who will speak the last word of the final episode of the last season, with the vast majority of fans predicting that it will be Samwell Tarly. Tarly, whose reputation has been founded on his strong research, reading and writing skills, could certainly have chronicled the events to preserve them for future generations, and if that's the case, giving him the last word would be prudent.

Last week's episode saw a number of major characters leave the show, including Cersei and Jamie Lannister, Sandor Clegane (also known as "The Hound") and his brother Gregor Clegane ("The Mountain"). Also among those who perished were Lord Varys, at the hands of Daenerys Targaryen, and Euron Greyjoy.

Many fans have expressed their disappointment about the final season, arguing that it has tried to tie up plotlines and character developments too quickly. Some fans were so irate that they developed a petition to urge the show to oust "incompetent" writers David Benioff and D.B. Weiss and remake the season, which has garnered more than half a million signatures.

With few remaining characters left to pick up the pieces of Daenerys' destruction of King's Landing and its inhabitants, and all of her battles finally fought, the question remains: Who will take the Iron Throne?