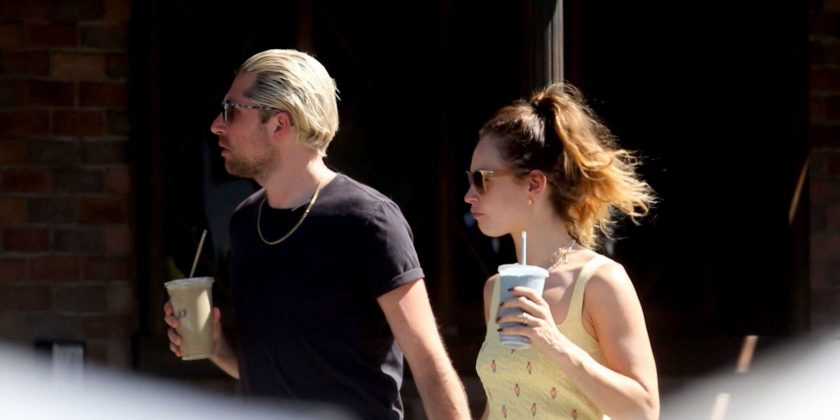 Lily James was spotted sippin’ smoothies last month with her new boo Michael Shuman, but before you go opening a bajillion tabs to find out who Lily’s boyfriend is, keep reading because I just did all that for you.

Back in February 2021, Lily and Michael were spotted kissing in England, and things have only gotten more serious since. By spring, Lily was off to meet Michael’s parents in L.A., according to E! News. All that’s to say, definitely buckle in, bc you just might want to get emotionally invested in this couple. But before you go full steam ahead, here’s some necessary info on Lily’s 37-year-old rockstar boo thang!

Michael is in a band.

Well, two bands, actually. Michael plays bass in the rock group Queens of the Stone Age, which has built a rep for, ahem, ~onstage nudity~. Yeah, you read that right. He’s been in the band since 2007 and he also does vocals. Michael is a musician in every sense of the word, plays *multiple* instruments, and also writes songs. Swoon much?

In addition to Queens of the Stone Age, Michael has been part of a three-man band called Mini Mansions since 2009 with his two best friends. (Aww, we love a bromance!) The group’s third (and most recent) album is called Guy Walks Into a Bar….

He is Grammy nominated, NBD.

Queens of the Stone Age has *seven* Grammy nominations, two of which include Best Rock Album in 2013 and 2017.

His nickname is extremely cool.

“Mikey Shoes”! How fun is that to go by? It’s also his IG handle.

Back in February, Lily shared a truly stun gallery on Instagram that included a number of images captioned, “Postcards from the edge 🕊.”

Hold on…what’s that? *scrolls back to image numero six* *zooms in* *screenshots* 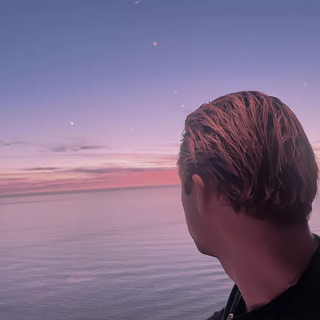 Ah, yes! The first Michael IG spotting lol. Since then, the singer has resurfaced in a number of (less discreet) images, including this one:

And more recently, this one 🥺❤️:

Oh, and Lily also promotes her man’s music, so there’s that! @ any and all individuals interested in me pls take notes:

Lily hasn’t invited her boyfriend to a red carpet for a couples debut just yet, alright? These two keep things comfortably out of the spotlight for the most part…unless the paparazzi catch them on a walk: 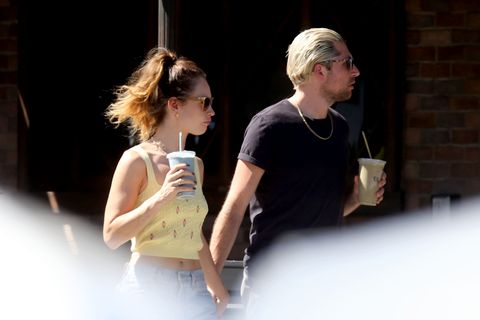