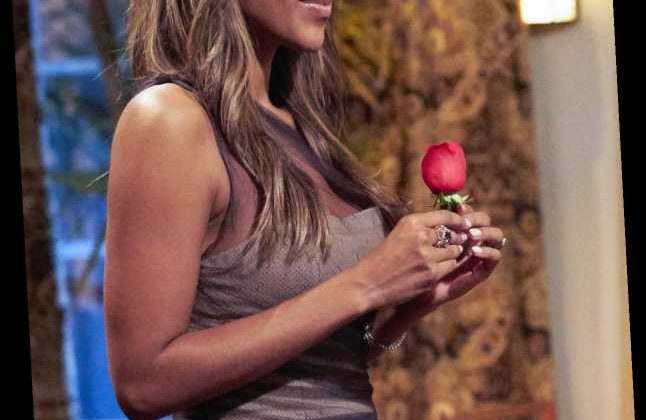 Tayshia Adams is slowly but surely nearing the end of her journey as the Bachelorette, which means she’s getting closer to handing out her final rose. But before that, Tayshia still needs to narrow down her choices. She made some good progress in the Dec. 8 episode with four eliminations. Who goes home on Tayshia’s Bachelorette Week 9? She said goodbye to a few good men.

The Week 9 episode picked up right where Week 8 left off: Tayshia was in the middle of her two-on-one date with Bennett Jordan and Noah Erb. She told them that their fighting seemed like a lot of "teenage boy drama" that she did not want to have to mediate. But, she did, and she decided to send Bennett home, making him the first elimination of the episode.

After that, it was time to hand out the rest of the roses at the rose ceremony. That’s when Tayshia sent three more guys packing: Ed Waisbrot, Spencer Robertson, and Demar Jackson. Just like Bennett, Ed also butted heads with Noah, so now hopefully Noah will be free of drama with the other guys so he can focus on Tayshia.

It’s a good thing that there are fewer distractions, because JoJo Fletcher (who’s still filling in for host Chris Harrison) told the remaining seven guys that getting a rose this week means they’ll get to go on the coveted hometown dates and introduce Tayshia to their families. The remaining seven guys are Ben Smith, Blake Moynes, Brendan Morais, Ivan Hall, Noah Erb, Riley Christian, and Zac Clark. They all got to spend some extra time with Tayshia, especially Ben, who got a one-on-one scavenger hunt date to a hidden oasis. He opened up to Tayshia even more during the dinner portion of their date.