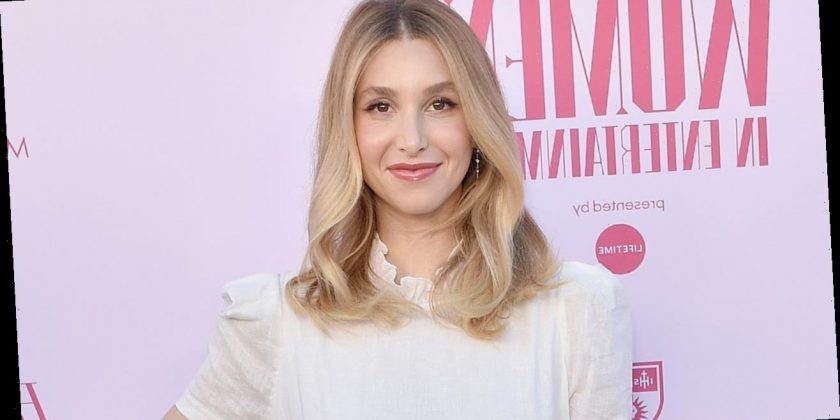 Whitney Port’s perceptions of her Hills co-stars have changed over the years! The 36-year-old reality star who appeared on The Hills, her own spinoff, The City, and now the reboot, The Hills: New Beginnings, opened up about some of her more notorious co-stars during an interview on the Scrubbing In With Becca Tilley & Tanya Rad podcast.

Noting that she’s not “super close” with any of her co-stars, Port did share that there’s one lady who she’s changed her opinion on thanks to the reboot.

“This season I’ve only filmed a little bit. And I’ve actually had some really good conversations with Heidi [Montag],” she shared. “We were not close before, and I think I always had preconceived notions of her because I didn’t know her personally. I was just getting reports back in the closet from Lauren [Conrad].”

Port, who interned with former Hills star Conrad at Teen Vogue on the original series, had not spent much time with Montag prior to the MTV reboot.

“I have a newfound appreciation for her because I feel like she just completely owns who she is,” she added of Montag. “And whether or not it’s how I would live my life, it doesn’t even matter. I just feel like she’s so unapologetically herself that I respect that.”

“I’ve always gotten such a kick out of Spencer,” she said.

As for the couple’s reputation as reality TV villains, Port doesn’t take it too seriously.

“I think that they did some things that they probably regret and that they’ve grown up a lot, but that they actually, from what I can tell, really love each other,” she shared. “In my eyes they were trying to make a good TV show. I think that that was relatively new at that time, whereas now it’s everywhere.”

“I love her. I think she’s such a real, good person that I could actually trust,” Port said of Carter. “We could talk off the show about people on the show, and I know that she wouldn’t blow up my spot. She’s a good person. She’s not trying to become that type of personality, and I respect that about her.”

The fashion designer recently had the opportunity to reconnect with original cast member Conrad after many years apart.

“We hadn’t spoken in so long, and I always thought that I maybe did something wrong to upset her, but I think it was more just her separating from the show because it was obviously so personal for her,” Port explained of the reunion. “So it was good for us to reconnect for me to know that it wasn’t ever anything that I did wrong. It was just her taking space. So we will chat here and there now.”