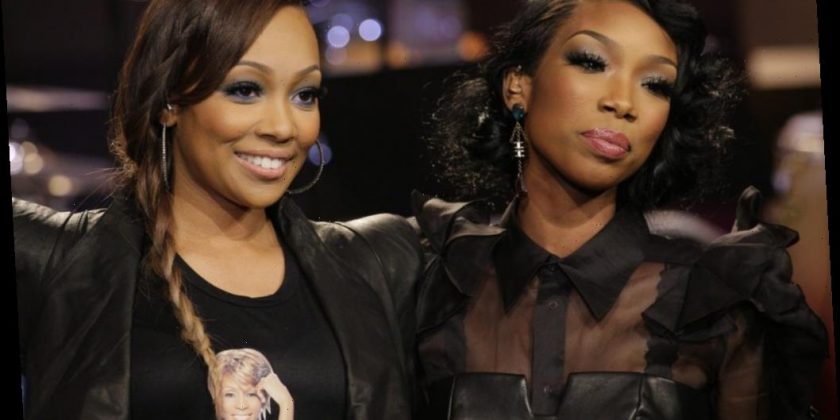 Brandy and Monica are two singers who have been compared almost their entire careers. The ladies both became extremely successful at a young age and enjoyed a number of chart-topping singles.

For the past several months, fans of the R&B stars have been hoping that the ladies would do a Verzuz battle. On Aug. 31, they got their wish. The event was epic as the women played their biggest hits and brought nostalgia to more than 1 million viewers for an unforgettable three hours. Here’s more about the superstars’ careers, tragedies they experienced, and the answer to who is actually older: Brandy or Monica?

Monica Denise Arnold was born in College Park, Georgia, on Oct. 24, 1980, to parents Marilyn Best and M.C. “Billy” Arnold Jr, according to IMDb.

Best was a church singer and Monica followed in her mother’s footsteps by performing during services when she was a child. The songbird frequently entered talent competitions and joined a traveling gospel choir when she was 10. A year later, she was discovered by music producer Dallas Austin. Her first album, Miss Thang, was released in 1995.

That album included the smash hits “Don’t Take It Personal (Just One of Dem Days),” “Before You Walk Out of My Life,” and “Why I Love You So Much.” Monica then teamed up with Brandy for “The Boy Is Mine,” which was released in 1998. It became one of the biggest hits in America that year.

Monica dated a man named Jarvis Weems on and off for a few years. On July 18, 2000, after Weems’ brother died in a car accident, the pair visited his gravesite and a distraught Weems took out a gun and shot himself to death.

“Afterward, I felt, ‘What else could I have done?’ You replay that situation over and over, and you switch it around: ‘Maybe if I had said this, or if I would have done that,”‘ Monica explained via Lawrence-Journal World. “It’s just something that it’s never possible for me to go back and change.”

Monica was then in a relationship with Master P’s brother rapper C-Murder before his incarceration in 2003. She was also married to former NBA player Shannon Brown, but they two divorced in 2019.

Today, the “Angel of Mine” artist has three children–Rodney, Romelo, and Laiyah Shannon.

This was a beautiful moment @monicadenise 🎶 had a blast with you on @verzuztv … we riding dem charts on @applemusic too .. I see us🎶🙏🏾 it was an honor ♥️ Thank you stars and doves for your forever support. Love y’all ♥️

Brandy Norwood is older than Monica. IMDb notes that she was born in McComb, Mississippi, on Feb. 11, 1979, to parents Sonja and Willie Norwood.

Brandy also came from a musical family as her father was a gospel singer and choir director. And like Monica, she began singing in the church choir at a young age. Her dad was a voice coach for her and her brother, Ray J, and in 1993 he got her a recording contract with the Atlantic Recording Corporation.

Brandy released her self-titled album in 1994. It included the top 10 singles “I Wanna Be Down,” “Baby,” and “Best Friend.” Another one of her chart-topping singles titled “Sittin’ Up in My Room” was released the following year on the Waiting to Exhale soundtrack.

In 1996, the singer’s career really skyrocketed when she starred on the sitcom Moesha. The show was a success and stayed on the air until 2001. Brandy also acted in the television movie Cinderella, produced by the late Whitney Houston, as well as the film I Still Know What You Did Last Summer. She also continued to put out a string of chart-topping albums and appear on other TV programs.

In 2006, Brandy was involved in a crash on the L.A. 405 Freeway where she hit a vehicle driven by 38-year-old Awatef Aboudihaj, who later died of his injuries. However, the “Full Moon” artist was not charged with vehicular manslaughter because of insufficient evidence. In an interview with Oprah Winfrey Brandy said,

As far as her relationships go, Brandy accompanied Kobe Bryant to his senior prom. She also dated Boyz II Men’s Wanya Morris, and rapper Mase when they two worked on her Never Say Never album together.