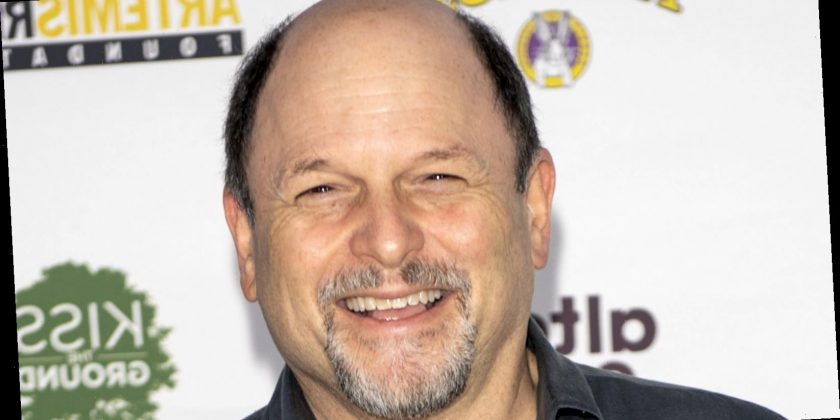 Super Bowl LV has already showcased some pretty hilarious, nostalgic, and downright quirky commercials. One commercial in particular that is stealing the show, though, is Tide’s detergent pod commercial that features Jason Alexander, the actor best known for playing George Costanza on the hit sitcom Seinfeld — well, his face, we should say. The commercial is all about a teenage boy’s “Jason Alexander hoodie,” which features the actor making his character’s iconic “disgusted” facial expression.

The commercial starts off with the boy’s mother telling him, “You have to wash Jason Alexander hoodie,” to which he responds, “It looks clean to me.” The mother hilariously retorts, “Is it, though?” which sets up a series of gross incidents involving the hoodie, including a dog drooling on it, chewed gum falling on it, smelly gym socks being thrown on it, and much more. It concludes with the boy using Tide’s power pods to wash it and the mother remarking, “You owe Jason Alexander hoodie an apology.” Even Alexander himself makes an appearance at the end to shout at the boy, “Hey, that’s my face! You can’t just wear my face!”

The commercial had just the right amount of humor and Seinfeld references to make it a hit, but it seems people are more interested in getting their hands on a “Jason Alexander hoodie” of their own than the detergent pods themselves. So, can you buy this unique hoodie and if so, where? Keep reading to find out.

You can't buy the Jason Alexander hoodie yet — but you can win one!

Considering the commercial was intended to sell detergent pods and not a hoodie with Jason Alexander’s face on it, you cannot buy the exact hoodie yet. However, Seinfeld fans can rejoice knowing there are a few hoodies out there that serve as an ode to the lovable character George Costanza. According to Elite Daily, there is a hoodie with George in his memorable Gore-Tex coat printed on it that you can buy from Redbubble. There’s also a “Summer of George” hoodie available at Teepublic, or you can shop their “I Think It Moved” hoodie. There’s even a “It’s A Festivus Miracle” hoodie available at Pinmart.

A lucky few, however, can win one of Tide’s limited edition “Jason Alexander hoodies” by donating to the brand’s newly launched fundraiser. “You asked, we delivered. Tide is giving away a limited supply of the same hoodie from our Super Bowl LV commercial,” Tide wrote on the giveaway’s homepage. “All you need for your chance to win is to contribute to a good cause. Believe it or not, doing a little good can be a lot of fun.” As the site explains, “All contributions will be split evenly between Feeding America® and Matthew 25: Ministries to help families in their time of need.” But fans only have until Wednesday, Feb. 10, 2021 at 11:59 p.m. to enter!

This commercial definitely stirred up some nostalgia for Seinfeld and, specifically, George Costanza fans. And, while it looks like Tide might not sell as many detergent pods as the brand had hoped, this viral ad will surely bring in plenty of money for those whom the given charities serve.