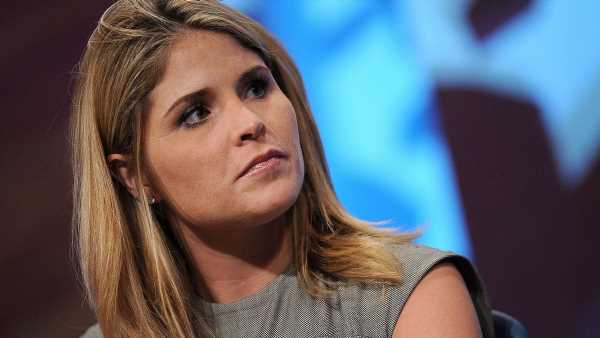 Former first daughter Jenna Bush Hager and her husband Henry Hager are expecting their first boy and third child. The couple is hoping to welcome their baby boy this summer.

Jenna revealed on Monday that she is five-and-a-half months pregnant. This means that we can expect Jenna and her husband to welcome their new baby boy this summer, likely in mid to late August.

Happy Easter!! ?? Love and peace from ours to yours!!

Jenna revealed on Monday, during a live Today show segment with Craig Melvin, Savannah Guthrie, and Dylan Dreyer, that she and her husband were expecting their third child. Jenna, Craig, Savannah and Dylan were talking about the memorable moments they shared with their families during Easter when Jenna said she had a special sweet treat for her daughters.

“Wait a minute, what are we doing here? Another?” he asked.

Jenna later revealed her baby’s gender during her fourth-hour segment with guest host Meredith Vieira (Hoda is on maternity leave after adopting her second daughter). She revealed it was a boy.

She shared the news with her daughters on Sunday before making the announcement on Today Show on Monday. She said she was sharing the news at that time because she couldn’t “hold it one minute longer.”

“We weren’t really trying to get pregnant,” she said. “We had some fertility issues with Poppy. It’s a little bit of a shock, but it’s such great news.”

She also revealed that she is five-and-a-half months pregnant and that the baby would be the first male grandchild on both sides of their family.

Jenna shared a video of the moment she broke the news to her daughters Mila and Poppy.

“What do you guys want the very most in the whole world?” she asks the girls.

The girls’ first said they wanted a toy. But when Jenna asked them what they had been praying for, Mila said it was a baby.

Mila wanted to know where their baby brother was. After an initial confusion in which Poppy might have thought the baby would come from the Easter egg, she went over to hug their mother.

Mila seemed to still be in doubt because she asked, “Is it really happening?”

Jenna assured her daughters that it was “really happening,” and the girls began jumping up and down in excitement.

The news comes after Hoda Kotb, Jenna’s fourth-hour co-anchor, who recently welcomed a baby girl to her family.