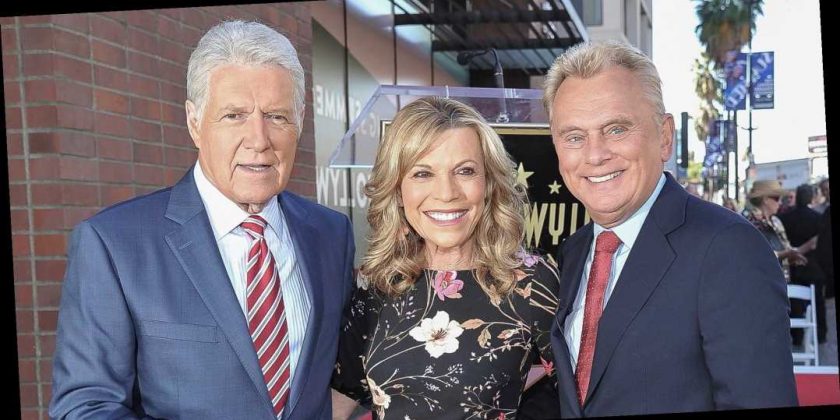 Sajak, 74, took to Twitter on Sunday, November 8, to address the longtime Jeopardy! host’s passing. “Alex Trebek’s courage, grace and strength inspired millions and awed those of us who knew him,” the fellow TV host wrote. “A tremendous loss for his family, friends, co-workers and countless viewers. I was honored to be a friend and a part of his professional family for all these years. A very sad day.”

In an Instagram post on Sunday, White shared several photos of herself alongside Trebek and Sajak over the years. The Wheel of Fortune hostess, 63, also penned a heartfelt statement for her late pal.

“I will cherish the many memories I have shared with Alex Trebek that date back well before either of our careers took off,” she wrote. “I will always be in awe of the way he faced the battle he fought so valiantly, and I’m devastated to lose my longtime friend.”

The Goddess of Love actress continued, “My heart is with his family, friends, co-workers and fans. There will never be another Alex Trebek and he will truly be missed.”

Trebek died on Sunday after enduring a battle with pancreatic cancer. He was 80.

“Jeopardy! is saddened to share that Alex Trebek passed away peacefully at home early this morning, surrounded by family and friends. Thank you, Alex,” read a statement from the game show, which he had hosted since 1984, via Twitter.

The beloved TV personality went public with his pancreatic cancer diagnosis in March 2019, sharing the heartbreaking news in a YouTube video. Trebek revealed that his cancer was at stage IV.

“Normally the prognosis for this is not very encouraging, but I’m gonna fight this and I’m gonna keep working and with the love and support of my family and friends and with the help of your prayers also, I plan to beat the low survival rate statistics for this disease,” he said at the time. “Truth told, I have to because, under the terms of my contract, I have to host Jeopardy! for three more years. So help me! Keep the faith, and we’ll win. We’ll get it done.”

In March of this year, Trebek marked a major milestone by beating the one-year survival rate for pancreatic cancer patients. “I’d be lying if I said the journey had been an easy one,” he said in a video posted to Jeopardy!’s Twitter page. “There were some good days, but a lot of not-so-good days. I joked with friends that the cancer won’t kill me, the chemo treatments will.”

Trebek is survived by his wife, Jean Currivan Trebek, and their two children, Matthew, 30, and Emily, 27. He was also the father of daughter Nicky.