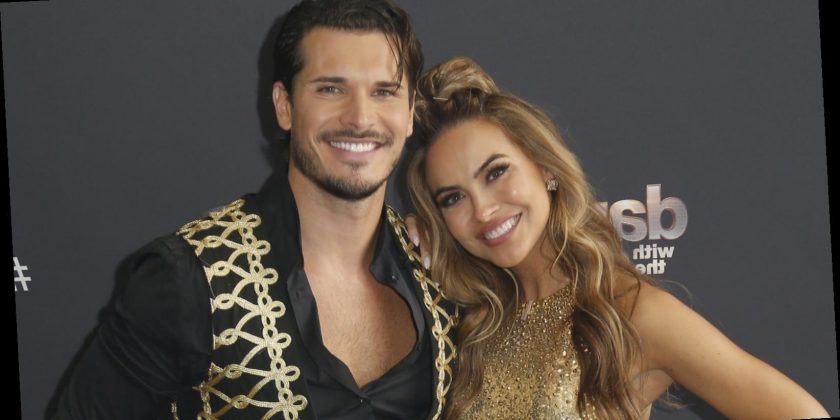 Selling Sunset fan-favorite Chrishell Stause made her Dancing With the Stars debut on Sept. 14, 2020, with pro-dancer Gleb Savchenko, dancing the tango to “Raise Your Glass” by Pink. New host Tyra Banks described the dance as a “sexy tango,” but unfortunately for the pair, the positive feedback made no difference in the competition. Their routine wasn’t well-received by the judges, earning 13 points out of a possible 30. This put the pair in the bottom three, just edging out NBA legend Charles Oakley and Emma Slater, who earned 12 points, and Tiger King cast member Carole Baskin and Pasha Pashkov, who received 11 points.

Entertainment Tonight reported that new judge Derek Hough reminded Chrishell and Gleb that this show is a “marathon,” encouraging them to continue their hard work. He also provided some specific feedback, telling the realtor, “You are a little pigeon-toed, so everything you do is a little inward” and she had a “good first dance.” Fellow judge Carrie Ann Inaba didn’t love the dance, but she told Chrishell that she has “potential” in this competition. Bruno Tonioli incorporated some real estate terms into his critique, telling Chrishell, “I know you can sell, and you managed to get the tango into escrow, but we’re a long way before we’re closing, darling.” He was pretty blunt, but then again, the remarks were a lot nicer than the digs from Christine Quinn on Selling Sunset.

So what did Chrishell and her fans have to say about the rocky performance? Let’s take a look.

After Chrishell Stause completed her first Dancing With the Stars routine, Carrie Ann Inaba told her, per a clip shared to the show’s YouTube channel, “When you hit the line, you hit it beautifully, but you just got knocked off your feet early on and I felt like you just didn’t get your feet back under you.” After Chrishell received her critiques from the judging panel, Tyra Banks asked, “What’s more challenging: dealing with the real estate ladies up in your firm or ballroom dancing and learning the tango?” Without hesitation, the Oppenheim Group employee said, “The tango is a lot harder than anything I’ve ever tried before. So, that says a lot right there.”

At least she has Gleb Savchenko to help her improve for the next week. When Tyra asked Chrishell how Gleb is as a teacher, she said, “He’s tough, but he’s great,” praising him for being “very patient,” as seen in the clip. She said that he “pushes [her] really hard,” which she is going to need since Carrie Ann gave their dance a 4 out of 10, Derek Hough went with a 5, and Bruno Tonioli threw in another 4. Chrishell covered her mouth with her hands as the judges doled out those low marks.

Ironically, Chrishell told Entertainment Tonight that “Raise Your Glass,” the song she danced to, is “a good 2020 anthem. ‘You know what? No. Let’s pick ourselves up. We got this!'” That’s the perfect attitude she’ll need to finish out the show.

Chrishell Stause's fans have her back

After receiving some tough critiques from the Dancing With the Stars judges panel, Chrishell Stause kept a positive attitude on social media. She posted on Instagram, “1st dance down, and no matter what the scores are I just had the BEST time. I absolutely love this experience & my partner @glebsavchenkoofficial so I hope we get to stay so I can improve!“

Thankfully for Chrishell, success on Dancing With the Stars does not solely depend on scores from the judges. The fans get to vote, too. So it’s worth noting that the reality star’s supporters took up for Chrishell when she revealed that her ex-husband, Justin Hartley, told her he filed for divorce via text. And when Vanderpump Rules cast member Scheana Shay opened up about her feud with Chrishell, the soap star’s fans flooded the podcast with negative reviews. It is very clear that Chrishell’s cheerleaders have her back. Hopefully, that will be enough for her and partner, Gleb Savchenko, to go far in the competition.