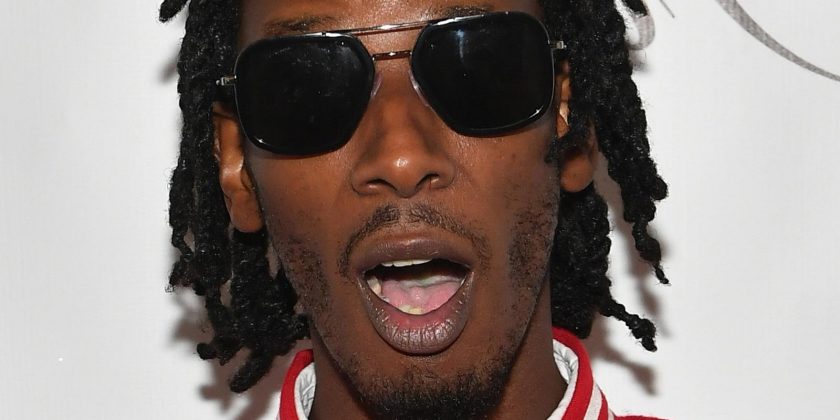 VH1’s “Black Ink Crew New York” is back for its ninth season, and members of the cast are excited to be finally hitting our screens once more. And after a tumultuous year dominated by the COVID-19 pandemic, “Black Ink Crew New York” star Puma Robinson is ready for some normality. “Yeah, I mean, I was maybe one of the most worried people because I have children,” Puma told Nicki Swift of his life during the pandemic. “We’ve been following a lot of protocols, a lot of testing, so everything’s been all right. … honestly I’m grateful to be back to work.”

When Nicki Swift caught up with Puma, he was excited to talk about his friendship with Black Ink’s Ceaser Emanuel, what fans can expect from the new season of their hit show, and most importantly, his relationship with his wife, Quani. Here’s what Puma had to say about appearing on “Marriage Boot Camp” alongside his wife and how it affected their relationship.

Puma Robinson has gotten used to the rigors of appearing on reality TV thanks to his starring role on VH1’s “Black Ink Crew New York.” But in 2018, Puma took a huge step into the unknown when he appeared on “Marriage Boot Camp” alongside his wife, Quani, with whom he shares two children. And according to Puma, spending some time focusing on his relationship was a great decision. “That was actually a really, really good experience,” he told Nicki Swift. “It actually does help.”

“When people see your relationship on television, they put you on a pedestal and think everything is always perfect when everybody has relationship problems,” Puma continued. “No relationship is perfect, and the counselors that were there really were helpful. Some of the stuff they were saying actually does work, you know?”

While sharing intimate details of your life on reality TV is likely to be stressful at times, Puma found so many benefits to starring on “Marriage Boot Camp” with Quani. “So yeah, it was actually good,” he told Nicki Swift. “In all honesty, my relationship has been better since, no lie.”

You can catch all of the drama on “Black Ink Crew New York” Season 9 on Monday nights on VH1.