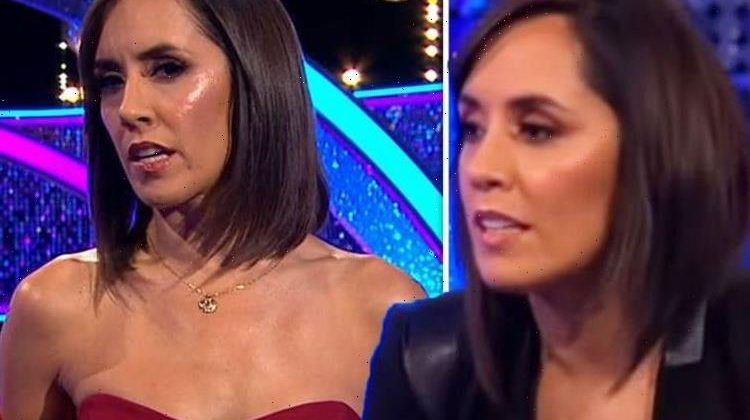 Strictly: Janette Manrara announces she is returning for the final

It Takes Two host Janette Manrara has told how she oftens finds herself disagreeing with the Strictly Come Dancing judges. Speaking to Express.co.uk and other publications at the Together For Short Lives event, the former dance pro revealed that she doesn’t always agree with the judges’ comments about the performances on the popular BBC dance show.

There’s no right or wrong answer to what they say

Janette starred on Strictly for eight years before announcing her decision to move to spin-off show It Takes Two earlier this year.

During her lengthy stint as a dance pro, the star found herself facing the judges comments each week alongside her celebrity partners.

Speaking in her role as a presenter on Strictly’s sister show, the star revealed that she often finds herself disagreeing with the panel on their dance verdicts.

When asked whether she ever took issue with Shirley Ballas’, Craig Revel-Horwood’s, Anton Du Beke’s or Motsi Mabuse’s comments, Janette said that she did.

“Of course, it’s an opinion, right?” she answered.

She explained: “So at the end of the day, it’s just their opinion, there’s no right or wrong answer to what they say.

“Everybody has different opinions to different things.

“So of course yeah I’ve been like, ‘What are you talking about?'” she added.

But despite having a difference of opinion, Janette said that she never felt angered by even the harshest of remarks.

She went on: “You know, I don’t ever really get angry.

“It takes a lot for me to get angry,” she said.

Also in the interview, Janette opened up about whether she’d ever become a Strictly judge.

When asked if she’d like to land the coveted position, she said: “I would love to, but I think I’d be way too nice.”

The star went on to doubt her capacity to give critical feedback, adding that she’d be cheering the couples on.

“I can’t say I would be overly critical,” Janette added.

She went on: “I would be the most supportive like you’ve got this.

“I would be, like, cheering everyone, that’s for sure.”

Earlier today Janette took to Instagram in an emotional post to mark the end of her first series presenting It Takes Two.

Janette told how she initially felt “nervous” presenting the series, but was soon made to feel “right at home” due to her co-host Rylan Clark-Neal.

The Strictly Come Dancing final is on at 7.10pm tonight on BBC One.