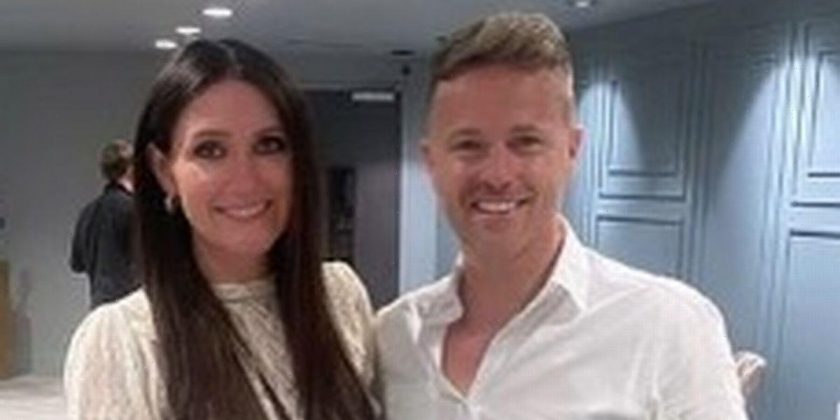 Westlife's Nicky Byrne celebrated 19 years of marriage with his wife Georgina today, as he posted a loved-up snap of them together.

Showing his love for his longtime spouse, Nicky gushed that he is a "lucky man".

The singer, 43, shared a black-and-white snap of himself and his wife Georgina, who he married in 2003.

The pair beamed for the camera, as Georgina looked beautiful in a black leather skirt and white top teamed with strappy heels, as Nicky wrapped an arm around her.

The couple have three children together – Rocco, Jay and Gia.

Nicky captioned the post: "19 years ago today I married the most incredible woman in the world.

Georgina's sister, author Cecelia Ahern, gushed over the pair as she commented with love heart emojis.

Westlife are currently performing to huge audiences of die-hard fans on their Wild Dreams tour, following the release of their twelfth studio album back in November.

The Irish boyband, now made up of Shane Filan, Mark Feehily, Kian Egan alongside Nicky, have been performing at venues, including Wembley Stadium, across the UK over recent weeks.

After performing at Wembley recently, Nicky shared a pic on Instagram and wrote: "About last night….

"Georgina Rocco Jay & Gia were in their seats, my mam sis and bro too, all of them in The Royal Box – my dad in there spirit.

"Simply unforgettable. 6 year old me would have never believed it. Thanks all @wembleystadium."