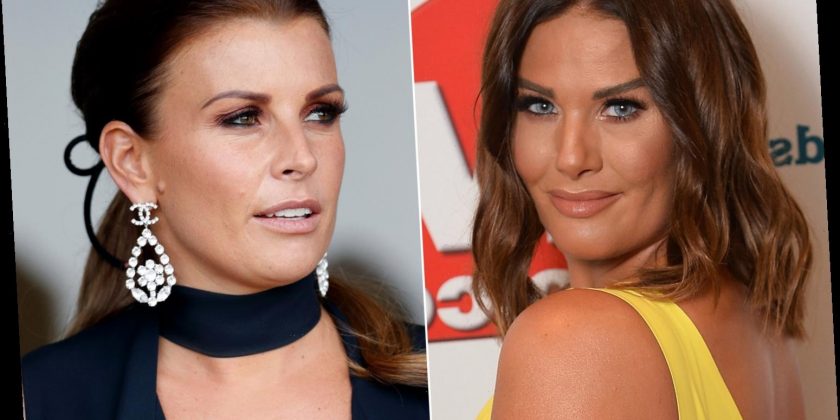 Coleen Rooney, the wife of British-born soccer star Wayne Rooney, accused Rebekah Vardy, the spouse of Leicester City striker Jamie Vardy, of sharing stories with The Sun, calling the situation “a burden in my life for a few years now.”

In a lengthy message posted to social media Wednesday, Coleen, 33, said that “there has been so much information given to them about me, my friends and my family — all without my permission or knowledge,” adding that “after a long time of trying to figure out who” the source could be, “for various reasons, I had a suspicion.”

Coleen, who has been married to Rooney since June 2008, divulged details of her plan to find the party responsible, stating that she had blocked all but one Instagram account from viewing her stories, and has been sharing false items for the past five months to see if they made it to the press, which, according to Coleen, they did.

Coleen also said it’s “been tough keeping it to myself and not making any comment at all,” but indicated she knew “for certain which account/individual it’s come from” — Rebekah’s.

“I have saved and screenshotted all the original stories which clearly show just one person has viewed them,” Coleen explained.

Wayne, also 33, previously hit back at The Sun in August amid cheating allegations, stating the publication “ran a front page story making it look like I took a girl back to my team hotel. They know that it’s not true and that I did not. They are using mine and my family’s name to sell papers.”

“As I have just said to you on the phone, I wish you had called me if you thought this,” the message began. “I never speak to anyone about you as various journalists who have asked me to over the years can vouch for. If you thought this was happening you could have told me & I could have changed my passwords to see if it stopped.”

Rebekah also shared that “over the years various people have had access to my insta & just this week I found I was following people I didn’t know and have never followed myself.”

“I’m not being funny but I don’t need the money, what would I gain from selling stories on you?” she asked. “I liked you a lot Coleen & I’m so upset that you have chosen to do this, especially when I’m heavily pregnant.”

Rebekah said she is “disgusted” at “even having to deny this,” and said that “you should have called me the first time this happened.”