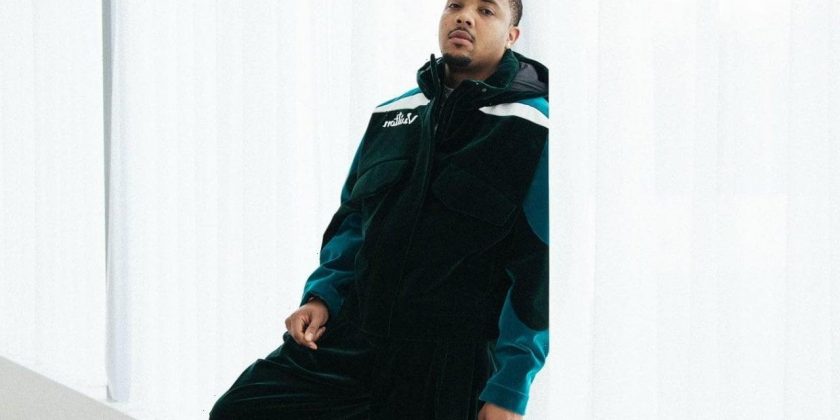 The ‘Locked In’ spitter, who shares baby Yosohn Santana Writght with Ari Fletcher, quickly checks his male fan after he jokingly says he wants to beat the rapper’s a**.

AceShowbiz -G Herbo (Lil Herb) is clearly not amused by his fan’s jokes. After a male fan playfully threatened him while he was spending time with his toddler son, the “Locked In” rapper responded to the man angrily.

In the clip shared on TikTok, the said individual could be heard telling the 26-year-old emcee, “I’d beat yo a**,” repeatedly. He captioned the footage by writing, “@NoLimitHerbo Ion want no problem my boy.”

In response, Herbo told the man, “My son would beat yo ass, f**k you talking about.” The rhymer, who was cradling his four-year-old son named Yosohn Santana Wright in the footage, continued, “I want you to say something crazy about my son. I’ll knock yo a** out right now!”

In addition to the toddler, whom he shares with Ari Fletcher, Herbo has two other children. He is a father to son Essex William Wright and daughter Emmy Love Wright, who was born in May. The rapper shares the two kids with his current partner, Taina Williams.

When announcing the arrival of the baby girl, Herbo shared some sweet family photos on Instagram. Williams herself posted the pictures on her own page. “Emmy Love Wright [white heart emoji] May 17, 2022,” so read the accompaniment of the post. The pair went on to note that the baby was born weighing 7 lbs., 5 oz, and measuring 19.5 inches.

Williams confirmed her pregnancy in December 2021 by sharing a video on Instagram. “I’m feelin’ like a should vlog this because I think this may be a thing,” she said at that time, while holding a pregnancy test box.

Williams later FaceTimed Herbo as she showed the pregnancy test result. “I have something to show you,” she told the Chicago rapper, who couldn’t hide his smile upon hearing the great news.