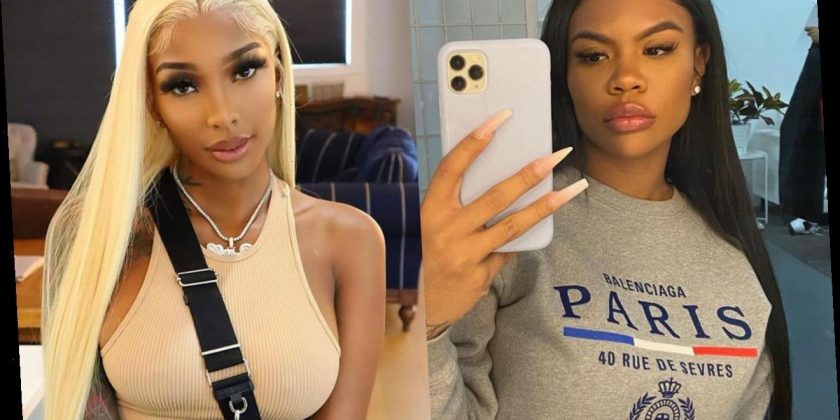 This is not the first time for the ‘LHH: Miami’ star to get into a fight with Baddie as back in July 2019, the latter and her bartending sister Jade were caught on camera trying to fight her in the streets.

AceShowbiz –Chinese Kitty and Baddie Gi had a rather violent run-in on a flight. In a video that circulated online, the “Love & Hip Hop: Miami” cast member and the Instagram model/bartender were caught in a heated altercation while inside a plane, resulting in a delay.

In the said clip, Chinese was seen trying to attack who seemed to be Baddie fiercely. One man appeared to try to have the Chinese-Guyanese socialite and rapper stop but it didn’t to seem to work. At one point, the VH1 personality climbed on the chair in attempt to attack Baddie.

It remains to be seen what caused the fight in the first place. Instead of addressing the brawl, Baddie casually updated her followers on Instagram about her whereabouts. “Another night in Miami I guess,” so she wrote on Instagram Stories on Monday, January 4.

This is not the first time for Chinese to get into a fight with Baddie and her bartending sister Jade. Back in July 2019, Jade and Baddie were caught on camera trying to fight her in the streets.

People might be familiar with the siblings as the ones who claimed to be attacked by Cardi B at a strip club back in 2018. Baddie and Jade, who allegedly slept with the “Bodak Yellow” raptress’ husband Offset, said that the Grammy winner’s entourage handed out a fade to them.

Jade, who also claimed that Cardi was threatening her for months, alleged that 5 people associated with Cardi viciously attacked her in Queens at Angels Strip Club on August 15 of that year. She said that those people grabbed her hair, punched her and hit her with an ashtray, causing serious damage.

The attack allegedly didn’t stop there as on August 20, the siblings had a face-to-face run-in with Cardi at the same bar. That was when a group reportedly attacked both of them, throwing bottles and chairs at them. At the moment, they were left with serious injuries that required medical attention.