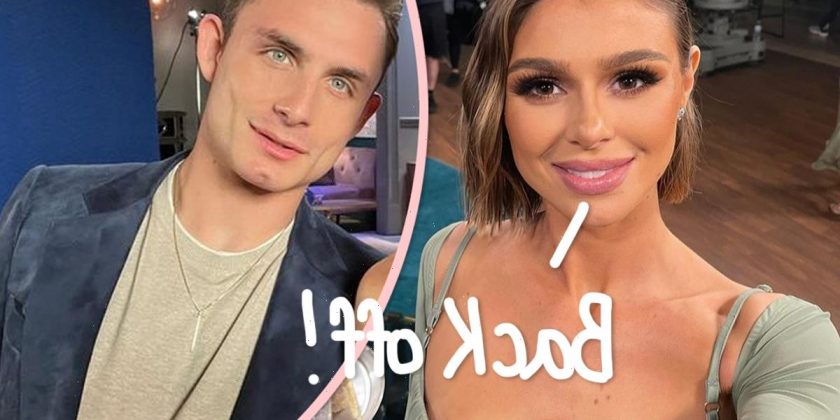 Raquel Leviss won’t apologize for how she deals with her breakup from James Kennedy!

It has been a whirlwind couple of months for the Vanderpump Rules stars since they broke up back in December, and it has only gotten crazier for the two as their relationship status came back up in part one of the reunion earlier this week. While the news came as a shock to many of her castmates, Leviss explained in the episode that it was a long time coming:

“It’s been something that I’ve been thinking about for a while and I think that James has noticed that my heart hasn’t been fully in it. I didn’t want to give up on him because he really has shown me how dedicated he is to me and the things that he’s willing to do to better himself, but I feel like it’s something deep within. I’ve been having nightmares about our wedding day. I think that that’s like, a tell-tale sign that something is wrong.”

If that wasn’t a clear sign, then the fact that they hadn’t been intimate for more than two years was another big hint for the Bravolebrity that the relationship just wasn’t working anymore. Wow!

Despite the heartbreak, it appears that Leviss has found a fun way to move on from the breakup drama! Sharing a picture of herself sipping wine out of a phallic straw, the 27-year-old reality star posted on Tuesday that she threw an “unengagement party” amid the season 9 reunion special, writing:

While tons of fans left supportive comments, others thought the celebration should have never been flaunted on social media in the first place. Seemingly responding to the backlash, Leviss shared a screen-recorded message titled “Morning thoughts” on Instagram Stories. According to E! News, she wrote:

“I remind myself that how others react to what I do not my place of concern. Trying to change other’s perception of me is a form of control. Some people will think what I did last night was cruel and heartless. I did what I did to support MY NEEDS and my needs only. I am learning how to not feel remorse for putting myself before others.”

The television personality then posted a video Scheana Shay took of her popping an engagement ring balloon, adding:

“Therefore I don’t feel guilty reposting this because we all need closure in a breakup.”

Truth! Now that the season of VPR is over, Leviss celebrated the fact that she is finally “able to turn a new leaf and continue creating the life I want to live with healthy thoughts surrounded by the people I love.”

Live your best life and forget the haters, gurl! Everyone processes and works through a difficult breakup in their own way, so if she needs to do so with a small get-together and penis straws, then that is her prerogative! What do YOU think, Perezcious readers? Do you have a problem with the “unengagement party,” or do you love the idea? Sound OFF in the comments (below)!