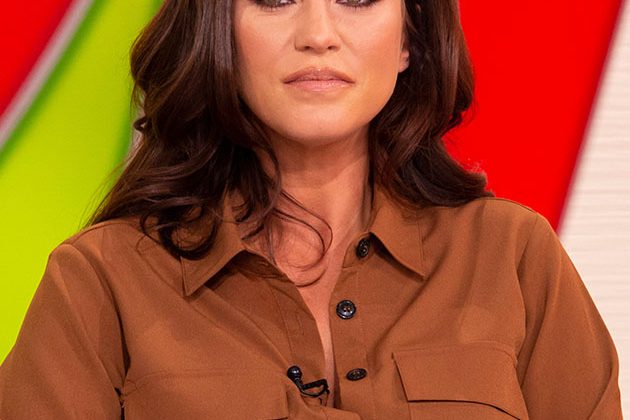 It came as a surprise to everyone when John Noble was spotted getting up close and personal to a female while on holiday in Dubai last month, despite being engaged to Vicky Pattison.

John has since claimed that the couple had already split before the snaps were taken, but they had previously spoken openly about their upcoming wedding plans, and even had a TV show in the works to follow their journey down the aisle.

But, with the couple parting ways and ending on less than happy terms and with Vicky, 31, admitting that she ‘cried everyday’ following their split, it has now been revealed that she’s set to release a new reality show all about the break up.

The show called Vicky Pattison: The Break Up will air on TLC at the end of January, and is set to show the realities of the former Geordie Shore star’s ‘tough times’.

‘I had already started filming a wedding special for TLC and then everything changed. It wasn’t an easy decision, but when I commit, I commit 100% and I felt it important to continue to show the realities of my life at that tough time. I want people to see the real me and my real emotions, so they can understand the truth behind the headlines,’ she confessed.

Adding: ‘Yes, I had my heart broken but there are more emotions to it and people for the first time will get to see that.’

And while the idea of documenting heartbreak probably sounds like hell for many people, Vicky actually admitted that the whole process has been rather ‘therapeutic’.

‘The filming process has actually been therapeutic for me. I hope that anyone who has been hurt in a relationship will be able to relate to me when watching the show,’ she revealed.

‘They’ll also get the pleasure of following my crazy, fun life – and get introduced to the people that make my world go around; my family, my friends, my management – it’s a bizarre thing to say right now, but I hope people will really enjoy it!’

We’ll be tuning in, Vic!