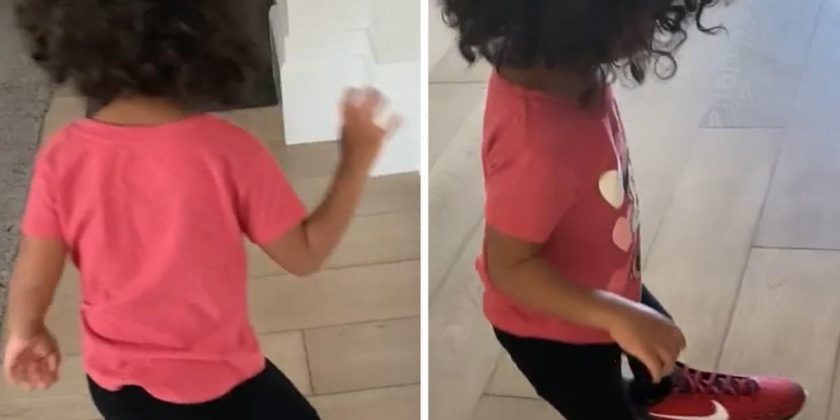 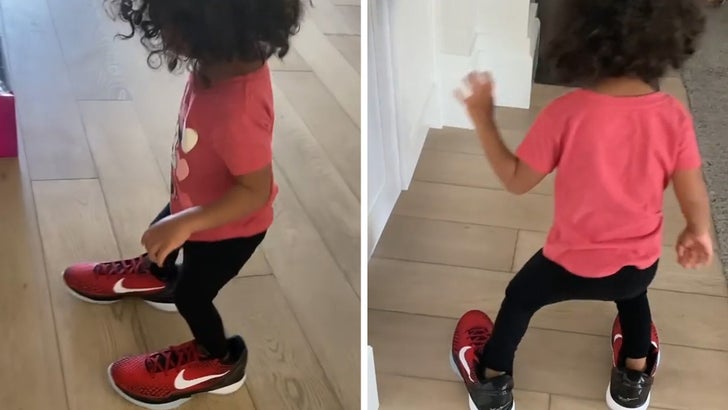 Vanessa Bryant just got the perfect assist from daughter Capri — who gave a sneak peek of the new Kobe Bryant 6 Protro “All-Star” kicks … weeks before they’re set to drop.

“These shoes are about to be released next,” Vanessa said on IG … “They’re Kobe’s All Star drop.”

The new sneakers are an updated “Protro” version of the Nike Zoom Kobe VI ‘All-Star’ shoes, which were originally released back in 2011. 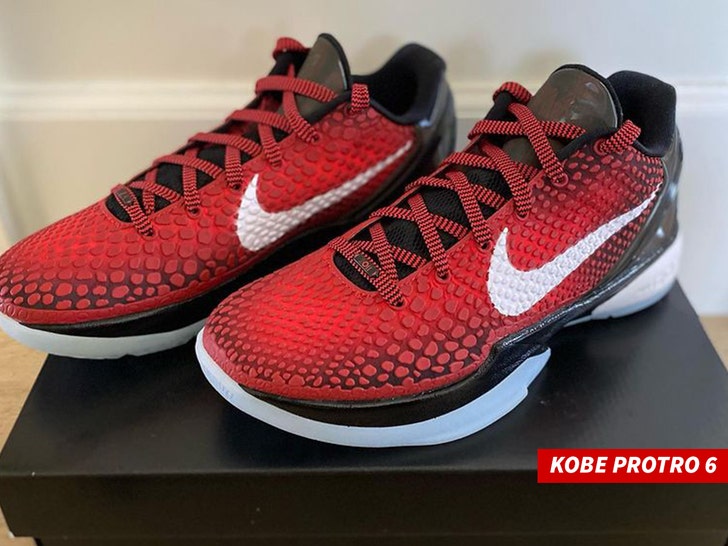 Capri was rockin’ mommy’s size 7 — just a little too big for the 1-year-old … but she’ll grow into ’em. Even [Uncle] Pau Gasol weighed in on the adorableness — saying, “So Cute!”

The new Kobes will reportedly come with a $180 price tag and are set to drop on March 8 — the day after the 2021 NBA All-Star game.

But, you can expect these shoes to sell out QUICKLY and then fetch monster prices on re-sale sites.

As we’ve reported, the demand for all things Kobe has exploded over the past year — with collectors paying record prices for everything from autographs to jerseys to basketball cards … even the car he used to drive around.

So, happy shoe hunting … whether you’re looking to wear ’em, or keep ’em as an investment.