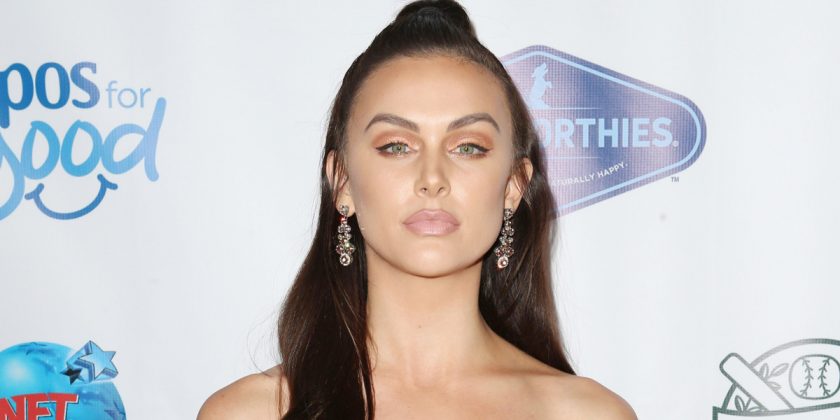 Lala Kent confirmed that she slept with one of her female co-stars on ‘Vanderpump Rules’! Here’s what she had to say!

Lala Kent was this close to spilling some serious tea. After being asked on E! News’ Just the Sip show about a certain Vanderpump Rules rumor that she had slept with a female co-star before meeting her now-fiance Randall Emmett, Lala responded, “You want me to spill the tea when I can’t spill the tea because you have to watch Vanderpump Rules season 7, baby.” However, she seemingly confirmed that it did go down, by adding, “I won’t say who.” Apparently, this lady in question also had a boyfriend at the time, according to the Daily Mail.

“Here’s the thing,” she added. “I’m very much into the peepee that boys have. I like the d***, but I’ve had two relations with chicks and I’m usually pretty gone with the drink and it’s not my most favorite thing, but I’ve done it,” she revealed. “I don’t think I’ll ever do it again, you know? I like Randall and that part of my life, but yeah, Lala had fun back in the day before she was locked down. It was, like, ‘Let’s live it up.’”

However, when it comes to potentially spicing up their marriage down the line, Lala isn’t exactly opposed to the idea. “Here’s the thing, I’m the type of person where I can’t say what I’m going to do tomorrow, you know? I could very much wake up in ten years and be, like, ‘Let’s spice things up,’” she admitted. “I could wake up in ten years and be, like, ‘I want to be just the two of us and let’s just be, like, grandma and grandpa and chill in the two of us.’ I don’t shut anything out.”

We’ll keep you posted with all of the latest news about Lala. In the meantime, check out all of her most recent photos in our gallery above!