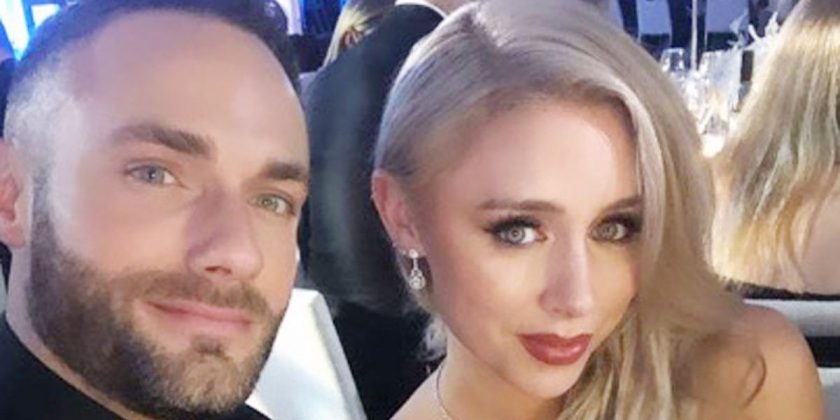 She was left heartbroken after splitting from estranged husband Ben Foden in July following his alleged infidelity.

However, Una Healy isn’t flying solo any more as she attended the Sparks charity’s Winter Ball on Thursday with a handsome date.

The Saturdays singer, 37, looked stunning in a blue number as she cosied up to Eoin Thomas, who works as her fashion stylist.

It looks like their outing was purely platonic as Eoin has been styling Una for years and curated her look for the lavish Christmas do at London’s Rosewood Hotel.

The mother-of-two shared a video clip on her Instagram stories of Eoin fixing his shirt in the back of their taxi after his button popped off.

Irish singer Una shared several photos from the night on her social media and tagged Eoin for styling her glamorous look.

Meanwhile Eoin, who also edits The Modern Male, said it was an "honour" to attend the event with "beauty" Una.

Eoin has been styling Una since at least March, even dressing her and her now estranged husband for the rugby star’s testimonial dinner back in May.

Una dumped Ben, 33, in July following six years of marriage amid reports he had cheated on her with PR girl Becky Milne.

Their split happened just weeks before the family were due to relocate to the US after Ben signed with Rugby United New York.

Following their relationship breakdown, Una fled to her parents in County Tipperary, Ireland, with their two children Aoife, six, and Tadhg, three.

In October, Una sparked speculation she had a new romance after she was photographed getting cosy with 6ft 3in American model and singer Kenneth ‘K.P.’ Guidroz, 33, in Los Angeles.