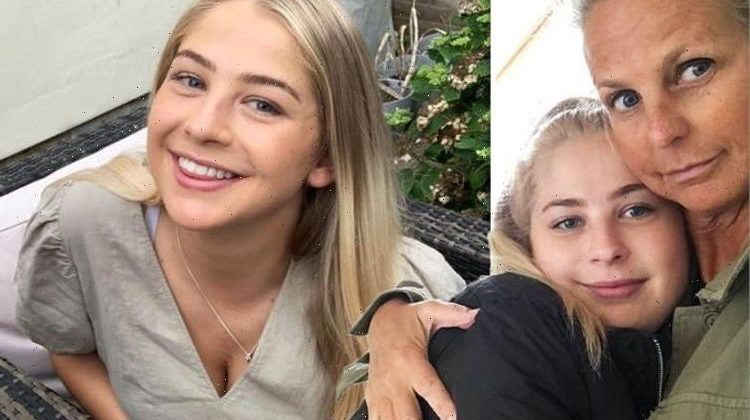 Bo Jonsson, 20, has shared why she has decided not to meet her biological father Markus Kempen for the first time, after he reached out to her on social media. The daughter of model and TV personality Ulrika Jonsson, 54, said that she has “no space” for her dad to be in her life right now, but didn’t rule out the possibility of one day meeting him with her mum by her side.

Last week, Ulrika told in her column of her anxiety about Bo potentially meeting ex Markus for the first time without her and addressed her heartache over her former partner walking out on her shortly after Bo was born.

She worried that the meeting could “open a can of worms”, but supported her daughter in whatever her decision was.

Ulrika also shared the difficulty of raising Bo after splitting from Markus after Bo was born with double inlet left ventricle defect, a congenital defect that affects the valves and chambers of the heart.

The star’s youngest child is currently nannying in Corfu, where her dad will be visiting.

After telling how he had contacted Bo over Facebook, Ulrika detailed her worries over her meeting him without her.

But now her daughter has revealed that she has turned down the chance to meet him, adding “blood doesn’t make someone family”.

In a new column, Bo has told how when shown photos of Markus by her mum, she felt “nothing”, adding: “She might as well have shown me a stranger.”

She went on to say that she felt “no real intrigue”, which she put down to her “settled childhood”.

Bo never expressed any interest in finding out what happened between the pair and only read about it by chance after spotting Ulrika’s autobiography, ‘Honest’, recently, which made her “cry her eyes out”.

She explained that she found a father figure in Ulrika’s third husband, Brian Monet, who shares son Malcolm with her mum.

Speaking about Brian, Bo said: “I felt an immediate inner link with him — something I’d never felt before.”

However, the Norland nanny admitted that she “wondered about Markus from time to time”.

She penned: “Why did he leave? Were Mum and I not good enough? Why would you have a child and not play a part in their life?”

However, Bo turned down the opportunity to meet him, admitting that it was something she wouldn’t want to do without having Ulrika with her.

She said: “Worst of all, I wouldn’t have Mum by my side and that scared me. I don’t have any angry feelings towards him because of anything he has done to me.

“But more because I feel he caused my mum so much pain, especially during all those worrying times when I was poorly. On this occasion, I’ve decided not to meet.”

Bo added: “There are a lot of feelings for me to process because I know I’ll want to ask him: ‘Where have you been the past 20 years of my life?'”

She admitted that the meeting with her biological father would be “hard”, following how her mum and him ended.

Bo wrote: “But I know I’ll find it hard to face the man who, I believe, has put the person I love the most in the world, my mum, through the worst pain and hurt.”

She ended her essay by revealing how she sees Brian as her “daddy”, as he has “done more for her than a lot of biological fathers might”.

“So there is no space for Markus in my life at the moment. But I know the day will come when we will meet and it makes me nervous and full of anticipation,” she finished in The Sun.