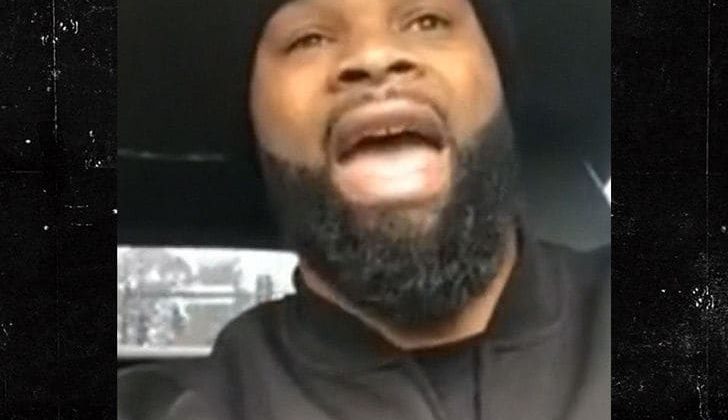 UFC welterweight champ Tyron Woodley is FIRED UP over the high school wrestling ref who made a black kid cut his dreadlocks before a match … and he’s calling for NJ officials to FIRE HIS ASS.

Before dominating the UFC, Tyron was an All-American wrestler at the Univ. of Missouri … and before that, he was a FORCE in the high school wrestling community.

Tyron tells TMZ Sports … the ref, Alan Maloney, should have been fired years ago when he reportedly made a racist comment to an African-American man back in 2016.

Woodley’s bigger issue is he’s sick of people with a history of racist behavior being allowed to have positions of authority. And, that includes police officers.

Bottom line, Tyron is proud of Johnson for blocking out the B.S. and winning his match — but enough is enough.