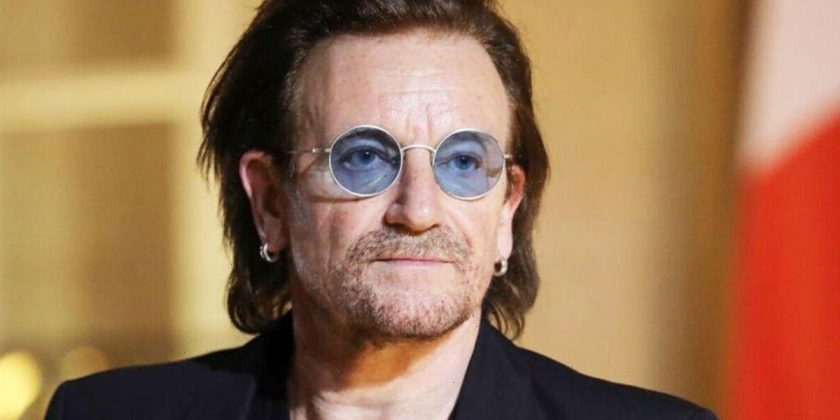 Bono has since revealed the identity of his secret half-brother, who he first spoke about in June, as his cousin Scott Rankin. The U2 star first learned that he had a secret half-brother in 2000 after it was revealed that his father, Bob Hewson, was having an affair with his wife’s sister, Bono’s aunt, Barbara.

The Irish singer said his dad finally shared the news after he was diagnosed with cancer and later died in 2001.

According to the frontman, the affair happened when his mother, Iris, was still alive, and she never knew.

Bono added that his cousin had always felt like a brother to him.

He told the Irish Times: “The truth is with Scott, we felt like brothers long before we knew we were. I love Scott and his mother, Barbara.

“I must have known that something was up, and I must have held my father responsible for kind of making my mother unhappy in the way kids just pick up things.”

The hitmaker went on to share his relationship with his dad was full of ups and downs.

He said: “I just longed for the attention of my father, and I have some lovely memories; it wasn’t all combative.

“Music was the thing that soothed his aching heart. It sounds like a line from a country song. But it’s actually opera I am talking about.”

Bono also opened up about the death of his mother, Iris, when he was just 14 years old affected him.

He said: “These things that shape us are huge gifts in the end. At least they were to me because the wound that was opened up by my mother’s passing so quickly… became this hole, this void, that I filled with music.

“Though the family seemed to disappear in that moment, I started finding other families: Ali’s [his wife] family, the band, alternative families. In that sense, I am an easy read. You can see what happened.”

The singer’s cousin, who he has since learned is his half-brother, also spoke out about Bono’s new memoir.

Speaking to the same publication, Mr Rankin admitted he welcomed the disclosure of his relationship with Bono.

“Not all such stories turn out the way mine has and I was fortunate to discover that I had two fathers take an active part in my upbringing,” he said, referring to Bob Hewson and Jack Rankin, brother of Bono’s mother Iris.

“Our extended family have known for some time and we agreed that it made no sense to keep this hidden any longer. Bono’s book also happens to be an appropriate and sensitive way for us to acknowledge the connection,” he said.

“We have only love for our parents and we’re grateful to have our families’ support in sharing this story.”

Elsewhere, Bono made a surprise visit to his old secondary school in Clontarf, Dublin, where he read from his forthcoming memoir, Surrender.

It’s reported that sixth-year students were treated to a private audience with the singer.

Bono is said to have been accompanied by a professional film crew, suggesting that a documentary project could be in the works.

The forthcoming memoir by Bono—artist, activist and U2 lead singer — will be released worldwide on November 1.