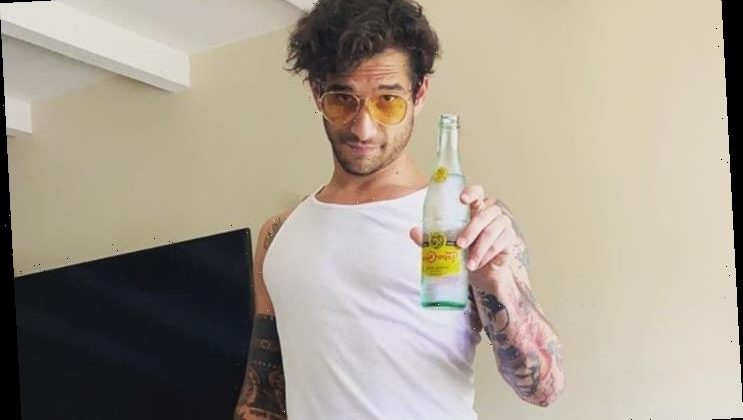 The ‘Teen Wolf’ alum opens up about his sexuality in Instagram videos where he emotionally addresses a recent incident in which several trans influencers were attacked and laughed at in Hollywood Boulevard.

AceShowbiz – Tyler Posey isn’t ashamed of his sexuality. The 28-year-old actor has revealed that he has been dating trans women in the past while addressing a recent act of violence on several black trans influencers in Los Angeles.

In the videos posted on his Instagram page on Saturday, August 22, the Scott McCall of MTV’s series “Teen Wolf” seemed to be genuinely upset about the attack on trans women. “I’ve been with trans women before,” he revealed his past dating history, adding, “I’m confident with my sexuality. I love everybody. I don’t give a s**t what anyone thinks about me.”

Condemning the violent act, Tyler continued saying, “I’m not making this about me. It just really pisses me off.” He seemed to be at loss for words several times before speaking up his mind, “It’s about the bulls**t act. Attacking this woman doesn’t not make you a man. It makes you coward.”

In the caption, he demanded justice for the trans women who have been violated. “Monday night, three trans women were attacked, laughed and filmed at while it was happening. Right here in my home town. In Hollywood. We need to bring justice to them and find the people who filmed it and did nothing. If you know their names, please comment below so LAPD can find them,” he wrote.

Tyler’s concern for the trans women earned him praises from his fans and followers, with one person gushing, “You’re an amazing human being.” Another wrote, “You can tell he feels horrible about the situation. I love how open he is and he seems genuine.”

A third one left a long comment that read, “can we talk about how tyler’s the only celebrity (that i’ve seen) that’s addressed this with so much concern? the fact that i didn’t even know that that happened this week is embarrassing. i’m glad that tyler uses his platform to address things and inspire people, i honestly think it’s amazing. i hope we can find them, justice for the transgenders.”

Eden the Doll and her two friends, Jaslene and Joslyn, were robbed, attacked and publicly laughed at after they bumped into a group of men in Hollywood Boulevard last Monday, August 17. Eden said it started as her phone got robbed by the men. “We initially tried to get it back but his friends started throwing rocks at us. We tried to run away but they chase us down,” she recalled.

Jaslene tried to fight back, but she got mocked when she fell down. One of the men grabbed a scooter and threw it at Jaslene, who was recovering from hip surgery. Jaslene got her head bashed open and she passed out on the ground without no one, other than her friends, trying to help her out.

Eden said police stopped by during this time, but they simply left without doing anything. “More people keep walking past us. No one is stopping no one is helping no matter how much I begged,” she claimed.

One of the attackers even recorded the whole incident and posted the video on Instagram.